Aston Martin Lagonda has announced that it is putting on hold the development of its FIA World Endurance Championship (WEC) Hypercar race entry after the recent decision by the Automobile Club de l’Ouest (ACO) and the International Motor Sport Association (IMSA) to harmonize the Hypercar class with the so-called LMDh prototype category in the WEC from 2021 and the US-based WeatherTech Sportscar Championship from 2022.

This latest statement from the British luxury marque ultimately means that the Aston Martin Valkyrie Hypercar will not participate in the F1 Silverstone Circuit this August, as well as the  24 Hours of Le Mans event in 2021.

The news comes after significant moves made by the Aston Martin Racing team to boost its winning chances, starting with F1 team owner Lawrence Stroll’s multimillion dollar investment in the company, the development of a V12 Speedster, and the fielding of two new British drivers for Le Mans.

Aston Martin is the second team to withdraw from the WEC Hypercar class following the launch of the LMDh platform after Peugeot, with the latter citing similar reasons.

“Aston Martin’s ambition to compete for the overall victory in the 24 Hours of Le Mans remains undiminished, but it is only right that we reassess our position in light of a significant change in the landscape that was not anticipated when we committed last year,” said Andy Palmer, Aston Martin Lagonda President and Group CEO.

“We entered Aston Martin Valkyrie in WEC and at Le Mans with the understanding that we would be competing with similar machinery and like-minded manufacturers. The situation has changed and it makes sense for us to pause and reconsider our options.”

The decision announced by Aston Martin is very regrettable but perhaps not unexpected in light of the persistent rumours over the last six months concerning the fragility of the brand’s exposure in the rapidly evolving automotive market, together with its decision to enter Formula 1 as a works team in 2021.

It is, however, the hope of the ACO, FIA and WEC that a solution will be found to bring this programme to fruition and the Aston Martin Valkyrie to the racetrack.

In the meantime, the strategy concerning Le Mans Hypercar and LMDh remains unchanged. The next phase in the positive development of the future top class of competition for the WEC (and IMSA) will be revealed during the SuperSebring event in Florida between 18-21 March.

Despite the setback, Aston Martin Lagonda is still poised to re-enter F1 next year as a works team for the first time since 1960, when the Racing Point F1TM team becomes Aston Martin F1TM works team. 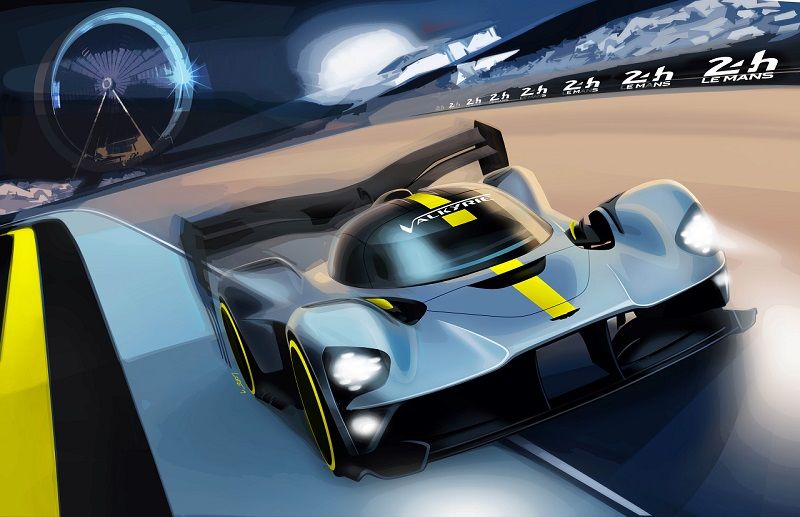