Audi Unleashes Its Most Luxurious Sedan Yet 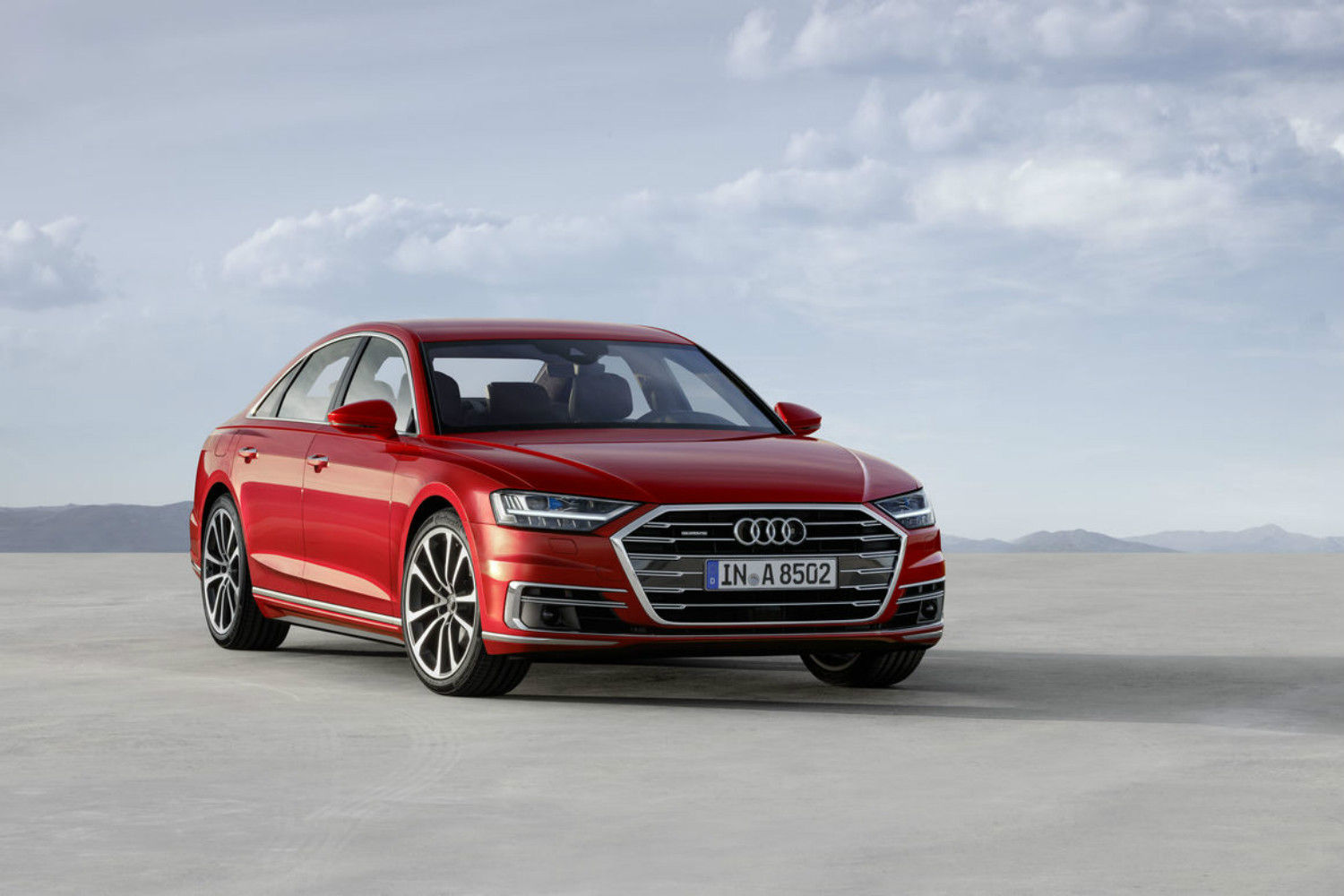 Audi recently unveiled the A8 luxury sedan in Barcelona, coupling it with the powerful boast that the car is the ‘future of the luxury class’ in their press release. Good news for Audi, as well as the Audi A8 buyers, because the car certainly doesn’t disappoint.

As one would expect from the elite German car maker, their newest luxury sedan is filled to the brim with high-tech features, including an all-new infotainment system, a part-hybrid engine, and a fully active electronic suspension.

But for sure, the icing on the cake is the Level 3 autonomy feature, which makes the A8 the first production vehicle to have it. When the vehicle goes on sale next year, Audi will gradually be taking automated driving functions--such as parking pilot, garage pilot, and traffic jam pilot--into production.

With the push of a button, Audi’s pilot driving system can take over acceleration, steering, braking, and starting from a stop, all without the driver’s help. Using a LIDAR (light detection and ranging) system that combines the use of a front-facing camera, radar, and ultra-sonic sensors, the Audi A8 is capable of driving on its own at speeds of up to 60 kph (37 mph).

As vehi 4.0 TFScle automation is practically still in its infancy, the system currently has a couple of downsides. For starters, Audi’s pilot system only works on highways where a physical barrier separates the car from oncoming traffic. Secondly, the system is subject to the traffic laws of the jurisdiction the car is in. hopefully, these minor caveats can be addressed as the technology develops.

An interior that’s ahead of its time

The new cabin feels a lot more spacious when compared to the latest A8’s predecessor. It’s also more comfortable, beginning with a foot rest and back and foot massage options for the rear right passenger. Meanwhile, the rear center armrest comes with an OLED display remote control which can also be connected to a smartphone via Bluetooth. Additional creature comforts include a fragrance atomizer, voice control, and a 10.1-inch touchscreen display that blends like a chameleon into the high-gloss black dashboard when the vehicle is off.

An elegant yet sporty exterior

The A8 is the benchmark of sophistication for many luxury vehicle enthusiasts. This time around, Audi adds a sporty appeal to their full-size sedan via single-frame grille and a more muscular design that resembles the 2014 Audi prologue design study spearheaded by Audi’s head of design department Marc Lichte. As for the lights, owners get an all-LED light strip signature on the tail, OLED technology rear lights, and laser lighting up front. As the driver approaches or leaves the car, the laser lights are programmed to show off light animations.

The new Audi A8 will start with two variants, with three additional variants set to be launched in the future. The initial variants include a 5.17-meter standard version and the long wheelbase A8L, which is longer by 13 centimeters. Both are equipped with a V6 turbo engine.

Monday is that time of the week where almost all of the working class is dreading to come. Traffic is...