Contaminated Gas: How to Tell if Your Gas Has Water in It (and What to Do about It) 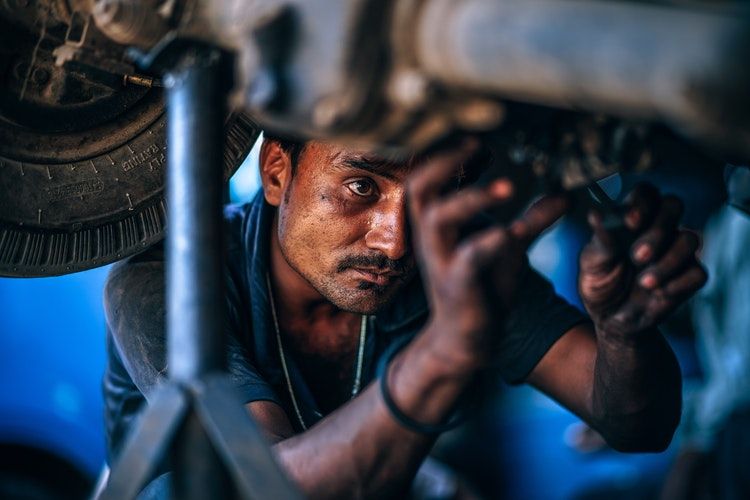 Many people tend to think that the term "contaminated gas" means "nasty chemicals". And while it might be true, oftentimes, it really comes from a basic, harmless source: water.  This is what it looks like when fuel has water mixed in it:

Why is there water in your fuel tank?

You might think it's uncommon for water to get inside your fuel tank, but the truth is, there are many ways water can sneak up on you.

What are the symptoms of water mixed with gasoline?

Water settles at the bottom of the tank once it enters the fuel tank. This means that most of the actual damage happens when the tank is almost empty. When this happens, then the pump will now pull in water from the bottom. Over time, rust starts to form around your fuel tank.

Your car might start normally, but you might notice a problem when pressing down on the accelerator. Symptoms to watch out for include coughing and sputtering noises. In some cases, you might also observe that pressing the gas pedal causes your vehicle to make jerky movements. You might also notice a sudden change of speed while driving using the same gear.

Water might get on the piston top, thereby preventing you from cranking the motors (and starting it).

Gas--especially when they pass their 30-day shelf-life--can lead to phase separation. Phase separation is when water separates from gasoline. It's a common occurrence, especially for gasoline that contains ethanol.

The main lesson here is not to let your fuel go idle for an extended time--around two months or more. Even a month is actually pushing it, especially if the gas you bought isn't premium quality.

You might notice that you fill up your gas tank far more than you used to. This is because water dilutes gas, and when exposed to heat, can evaporate, leaving less fuel than you intended to be.

If your car is on idle and you notice it sputtering, surging, or even stalling out, then it's possible that your car has contaminated fuel.

Similarly, if it's difficult for you to start your car--or it seems to start and then die down consistently, then your fuel might contain water in it.

Oftentimes, the two most common problems you might encounter when water gets mixed with gasoline would be water fouling or water separation. And the best way to get rid of them is to have them serviced by a credible mechanic. Doing it yourself might be good if you really know what you're doing, but the best option you can take here is to leave it in the hands of experts. Taking a risk by doing it yourself might lead to more problems--and expenses--so play it safe and invest in having it fixed by professionals.