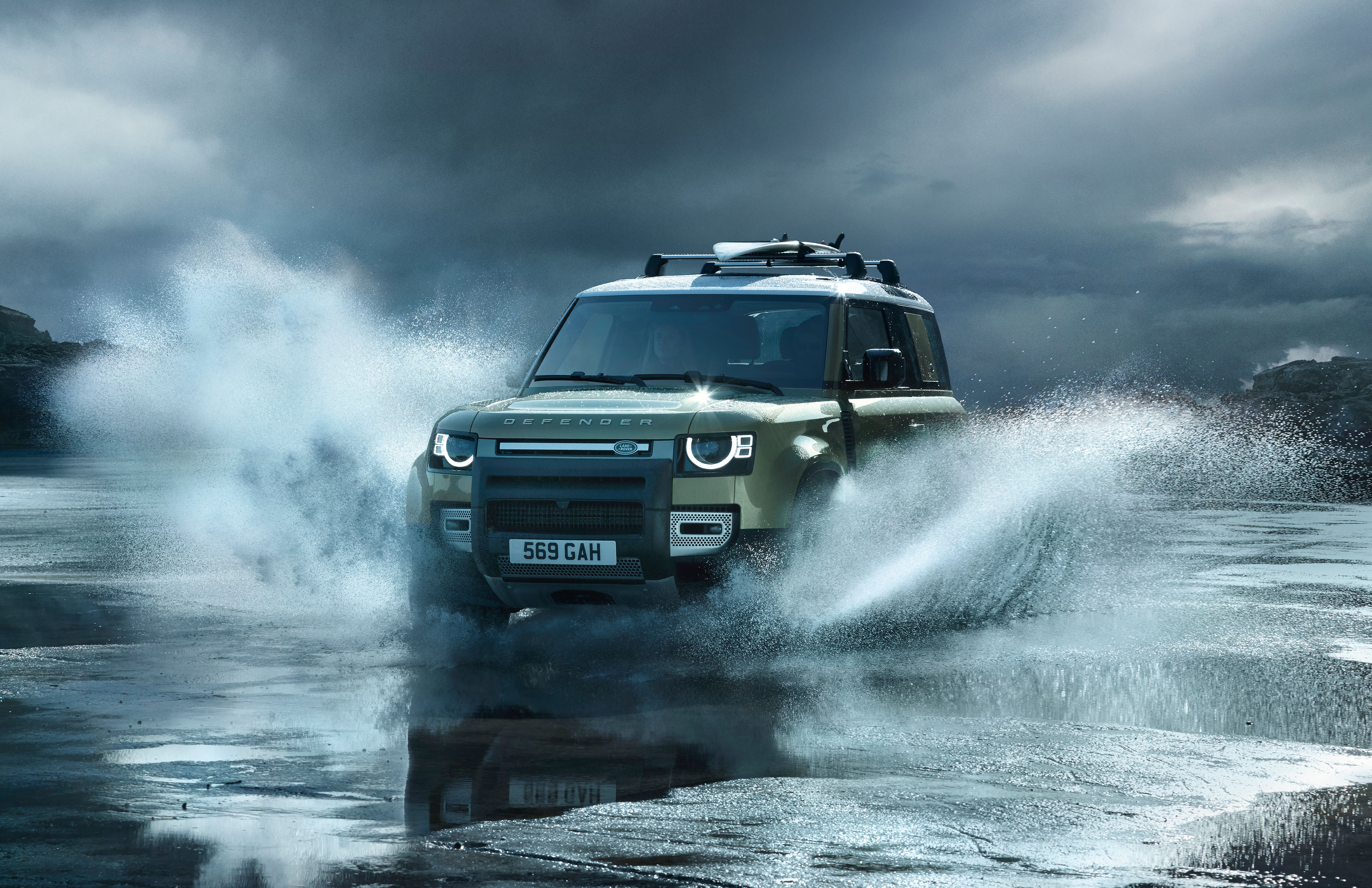 According the Ward, the new Defender will be available in five variants at the following price points:   Defender 110 Urban - Php 6.21 Million Defender 110 Country - Php 6.26 Million Defender 110 Adventure - Php 6.34 Million Defender 110 Explorer - Php 6.51 Million Defender 110 First Edition - Php 9.29 Million “We are very excited to bring the New Land Rover Defender to the Philippines. This is a New Defender for the New Age, built with the best modern technology and safety systems while keeping the adventurous spirit and dynamic profile of a true all-weather, all-terrain vehicle,” Ward said Those who want to get the first dibs on the iconic vehicle may place reservation through All British Cars (ABC), the sole authorized dealer of Jaguar and Land Rover in the Philippines. ABC is located along EDSA Greenhills. A new showroom will open soon at Bonifacio Global City. The new Defender maintained its familiar, purposeful trademark, giving the new 4x4 a purposeful upright stance and Alpine light windows in the roof, while retaining the side-hinged rear tailgate and externally-mounted spare wheel that make the original so identifiable. Gerry McGovern, Chief Design Officer, Land Rover, said that the new Defender" is respectful of its past but is not harnessed by it." "Its unique personality is accentuated by its distinctive silhouette and optimum proportions, which makes it both highly desirable and seriously capable – a visually compelling 4x4 that wears its design and engineering integrity with uncompromised commitment.”

Innovative features include a dash-mounted gear shifter to accommodate an optional central front ‘jump’ seat, which provides three-abreast seating across the front like early Land Rovers. As a result, the Defender 110 is offered in a five-seater configuration with a loadspace behind the second-row seats of up to 1,075 liters, and as much as 2,380-liters when the second row is folded. The Defender 90 will be able to accommodate six occupants in a vehicle the length of a compact family hatchback. Special seating customization is available as an option on the First Edition version. User-friendly features include practical touches and advanced technological innovations. Durable rubberised flooring shrugs off the spills of daily adventures and once-in-a-lifetime expeditions, providing a brush or wipe clean interior.

Land Rover’s new purpose-engineered D7x (for extreme) architecture is based on a lightweight aluminium monocoque construction to create the stiffest body structure Land Rover has ever produced. It is three times stiffer than traditional body-on-frame designs, providing perfect foundations for the fully independent air or coil sprung suspension and supports the latest electrified powertrains. The new Defender has been through more than 62,000 tests for engineering sign-off, while the chassis and body architecture have been engineered to withstand Land Rover’s Extreme Event Test procedure – repeated and sustained impacts, above and beyond the normal standard for SUV and passenger cars. During development testing, prototype models have covered millions of kilometres across some of the harshest environments on earth, ranging from the 50-degree heat of the desert and sub 40-degree cold of the Arctic to altitudes of 10,000ft in the Rocky Mountains in Colorado.

The new body architecture provides ground clearance of 291mm and world-class off-road geometry, giving the 110 approach, breakover and departure angles of 38, 28 and 40 degrees (Off Road height) respectively. Its maximum wading depth of 900mm is supported by a new water sensing programme in the Terrain Response 2 system, which ensures drivers can ford deep water with complete confidence.

On dry land, Land Rover’s advanced ClearSight Ground View technology helps drivers take full advantage of Defender’s all-conquering capability by showing the area usually hidden by the bonnet, directly ahead of the front wheels, on the central touchscreen. At launch, the All New Defender will come with the Ingenium P400 3.0L in line 6cyl Petrol engine. This new engine features a combination of an electric supercharger to deliver immediate response supported by a twin scroll turbocharger and Continuous Variable Valve Lift, which boosts power and helps the engine to breathe with maximum efficiency. These performance-boosting technologies, combined with Mild Hybrid Electric Vehicle (MHEV) technology, optimizes performance, fuel economy and reduces emissions. The MHEV 48V system uses a small integrated electric motor to harvest energy lost during deceleration, and then intelligently redeploys it to assist the engine to maximize efficiency.

Innovative engineering solutions support the efficiency drive, including a flat underbody which both optimises aerodynamic performance (as low as 0.38Cd) and protecting the vehicle’s underbody.

Ford Motor Company is using four-legged robots at its Van Dyke Transmission Plant to help engineers in retooling their plants....

As it celebrates its 32nd year of operations in the country, Toyota Motor Philippines continues to share its blessings by...