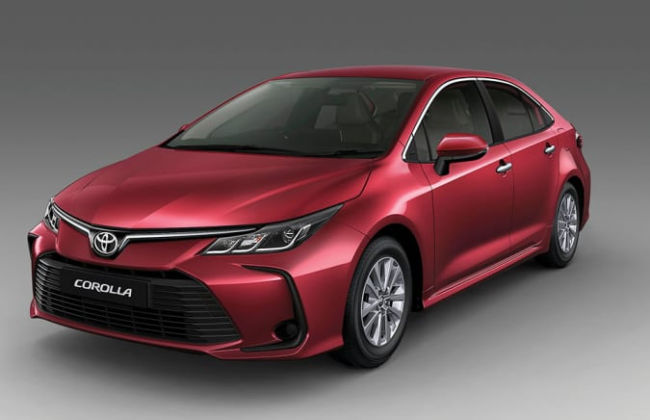 As if needs another award to add to its trophy collection. Still, we can't help it if the Toyota Corolla is a magnet not just to consumers, but also to the news media, such as the Rocky Mountain Automotive Press (RMAP).

Aside from that, this "press" is also giving awards, and recently gave the Toyota Corolla Hybrid the 2020 Rocky Mountain Car of the Year award.

Really, even the Coronavirus was unable to stop Corolla from getting another recognition—again.

“We are honored to receive this award for the all-new Corolla Hybrid." said John Mineweaser, assistant general manager of the Toyota Denver Region.

“It is rewarding to see that Toyota’s latest passenger car products are being recognized by our local automotive press as leaders in an especially competitive and important segment in this market,” he added.

This really isn't surprising to us. Corolla is the world's best-selling vehicle, with around 46 million vehicles sold worldwide since introduced 24 years ago.

And since it needs to justify its number one rank in the world, Toyota has taken great pains to make sure that its first-ever hybrid vehicle offers the best features in the market.

It also boasts of the new-generation Hybrid Synergy Drive that combines a 1.8-liter four-cylinder gasoline engine with two motor/generators through an electronically controlled planetary-type continuously variable transmission (CVT) transaxle. Unlike other hybrids that use more fuel, the CVT transaxle allows Corolla a more responsive acceleration that sips less fuel in the process.

To understand who the Rocky Mountain Press Association, they test multiple vehicles annually before filtering out their selection to four finalists. They select the finalists based on the following:

“As the voting finished up for the Rocky Mountain Automotive Press (RMAP) vehicle of the year we were thrilled to have the 2020 Toyota Corolla LE Hybrid come out on top,” said RMAP president, Craig Conover.

“Taking an iconic name like Corolla and offering a hybrid that can get over 50 miles per gallon put this vehicle on top for this year in the sedan category in the Rocky Mountain Region.”

Corolla's other competitors in the the sedan category were the 2019 BMW M850i xDrive convertible, 2020 Nissan Versa and 2020 Subaru Legacy.

Would You Go for Toyota Corolla's New HATCHBACK?