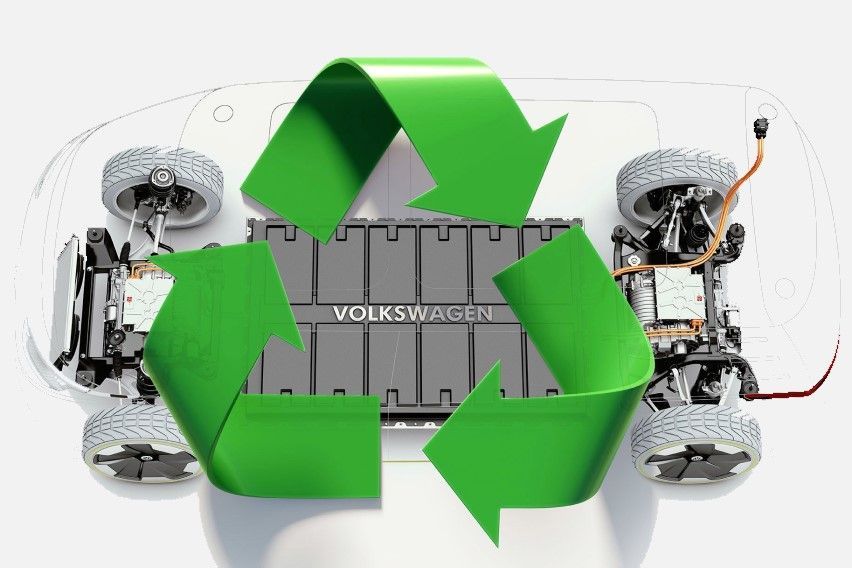 In the past few years, battery technology has managed to evolve leaps and bounds, thanks to its widespread use in practically every electric and electronic device currently known to man. Mobile phones, wireless appliances, and even cars—batteries today are more high-tech and longer lasting than ever, and it appears that there’s no end in sight for the humble battery’s continuing improvement and development.

The particular use of batteries in cars has led to significant reduction in pollution in many cities across the globe, mainly because battery-powered vehicles have little to no emissions. Volkswagen understands this, and as the world’s number one selling car brand, it knows that banking big in car battery technology today will pay off big time in the company’s future.

VW shares with you the inner workings of the lithium-ion battery technology it uses in its electric vehicles (EV) to help you better appreciate the substantial work and effort that goes into its development. 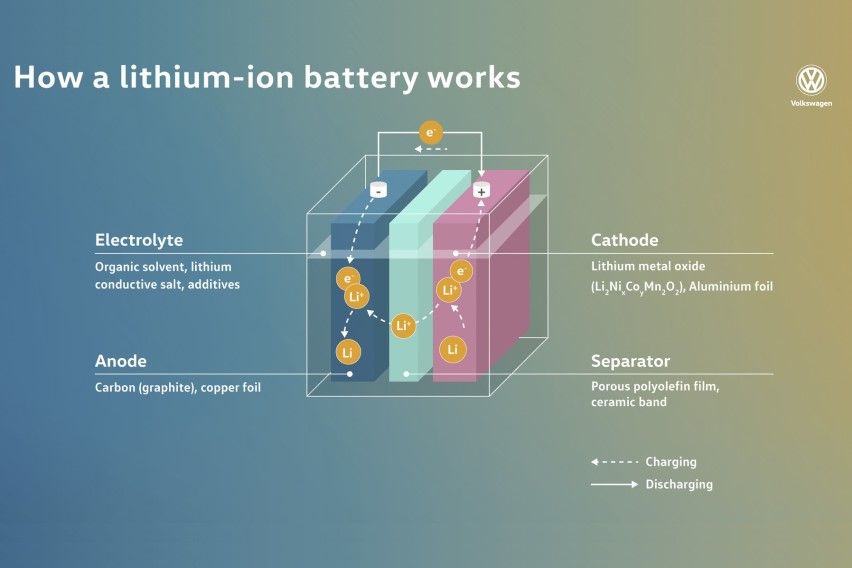 “Batteries rely on basic chemistry to work, formulas that were first identified by Alessandro Volta in 1799,” Volkswagen explained. “Basically, every battery cell has two electrodes – one positive (the cathode), one negative (the anode) – and a substance in between called an electrolyte. When connected to an electric circuit, electrons move from the anode to the cathode through the electrolyte, while ions move in the opposite direction, creating electric current. In rechargeable batteries, the process reverses.

“It wasn’t long after the invention of the early batteries that people began experimenting with vehicles built around them. In the early years of the auto industry at the turn of the 20th century, EVs were among the best-sellers, thanks to their quiet operation, ease of driving and low maintenance needs around newly paved cities. Only when roads improved and gas vehicles became more affordable did the first EV era end, aided by the increasing prevalence of gasoline stations, the lack of charging options for batteries, and the short range of early EVs.”

In a brief history lesson, VW shared that the modern revival of EVs can be attributed to the development of lithium-ion batteries, which were introduced in the 1970s by no other than the German car brand itself.

“Volkswagen built a handful of Microbus vans converted to electric power, using the lead-acid batteries that you find under the hood of gas-powered vehicles today. The tray of batteries in the floor provided 25 miles of range– and added 1,847 lbs (9838kgs) of weight. Today, the largest lithium-ion battery pack in the Europe-only ID.3 EV holds nearly four times as much energy (82 kWh) at a third of the weight.”

“And the battery lies at the heart of why EVs are considered by experts to be one of the best choices for vehicles that combat climate change. Liquid fueled vehicles only use about a third of the energy it contains to move the vehicle – the rest escapes as heat and friction, and it generates carbon dioxide when burned. Similar waste happens with alternative fuels, from ethanol to hydrogen. But according to the EPA, EVs typically convert over 75% percent of their energy to movement and, if charged with renewable energy, have zero direct emissions in use.”

Unlike traditional powertrain systems, most Volkswagen EV owners will probably never see the lithium-ion battery cells installed in their car, as the German carmaker builds these into the floor, completely hidden from view. This construction method is made possible by VW’s MEB electric vehicle platform that structures the cells into a modular package where flat, individual “pouch” batteries are stacked 24 to a “module,” with up to 12 modules then connected into a single unit like the squares of a chocolate bar. 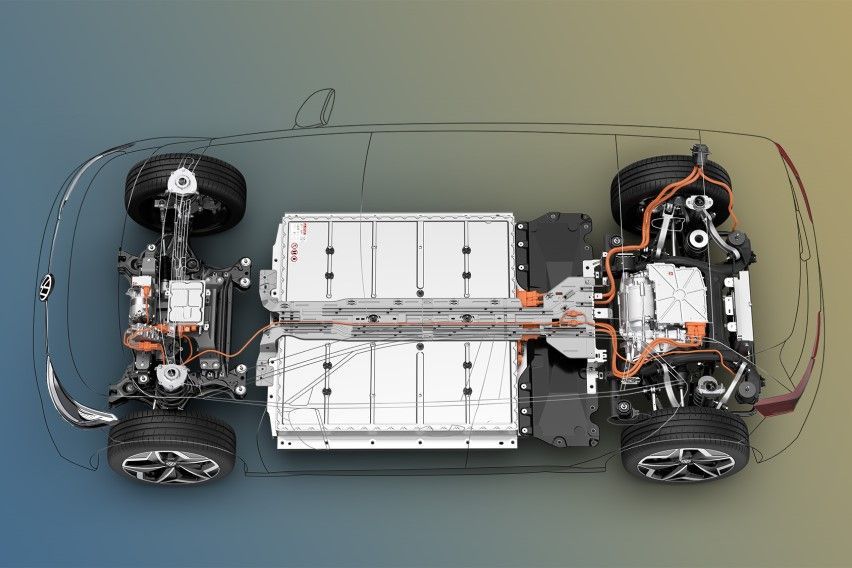 “These systems can store and deploy tremendous amounts of electrical power. A typical cell phone battery runs at 3.7 volts; the battery pack in Volkswagen’s MEB electric vehicle platform operates at up to 408 volts. This helps allow the ID.4 EV to provide ample energy to its electric motors and power all the internal accessories, including heating and air conditioning.” VW continued. 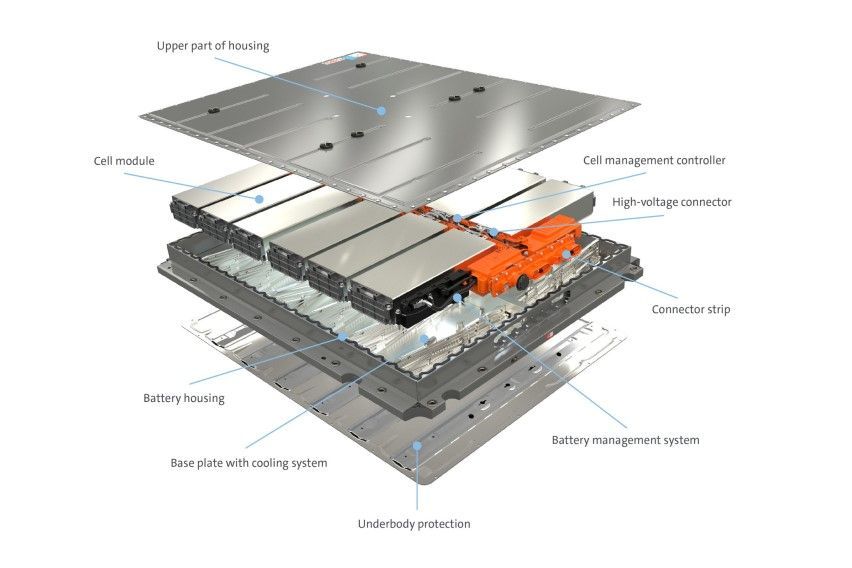 But lithium-ion battery is far from perfect, and VW goes on to list some of its biggest disadvantages. For instance, it doesn’t hold as much energy as fuel-dependent vehicles, which means they cannot match the range of the latter—not yet, at least. It also takes longer to recharge a battery than to put fuel in the gas tank. EV cells also tend to degrade fast, and their replacement can add significantly to a VW owner’s cost of ownership.

Nevertheless, VW assures its consumers that it is working tirelessly to address these issues so that its future EV offerings will be better than before.

“Volkswagen Group has started to tackle these challenges with battery innovation start-up QuantumScape, and the concept of the solid-state lithium battery,” the company shared. “Today, most lithium-ion batteries use either a liquid or gel electrolyte.”

“A solid electrolyte could in theory create a battery that holds more energy per pound, at a lower cost, with fast recharging times in normal use. Volkswagen Group has invested approximately $300 million with QuantumScape since 2012 to research and develop such batteries, toward the goal of bringing the technology to market over the next few years.”

A VW Golf for work and play in new Estate, Alltrack variants