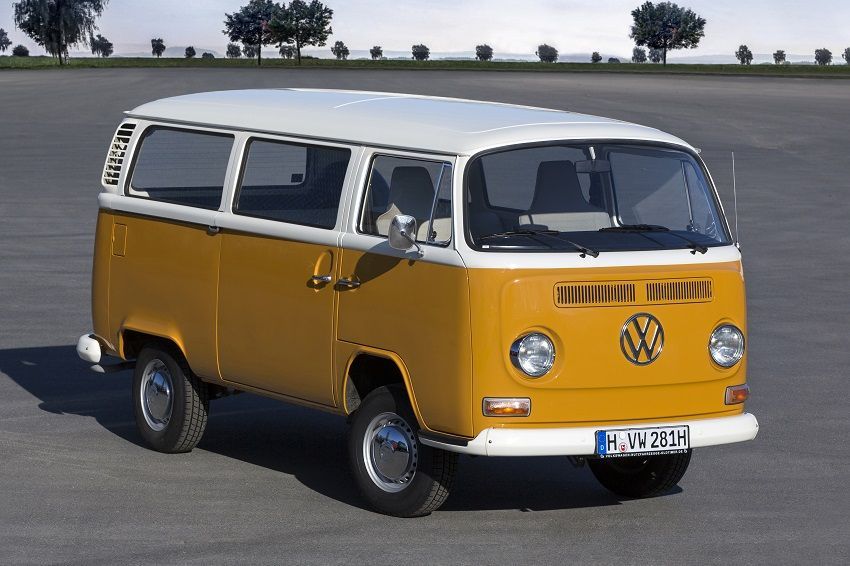 If there was a vehicle that epitomized 'flower power' back in the '70s, that would be the Volkswagen Transporter.

Also known as Bulli, Kombi, Microbus, or simply the VW bus, the burly people hauler became an icon of hippie, cool and flower power back in the 70s. First rolling off VW’s Wolfsburg production plant in the 1950s, the van has now sold over 13 million units, spanning seven decades of existence.

And with a new version on the horizon, the Transporter looks poised to titillate a new generation of fans and further add to its already impressive sales numbers.

“For six generations, globetrotters have travelled the world in it, businesses have relied on it and families have driven it every single day,” the German car brand said. “The future is bright for the icon, with the latest iteration, T6.1, launched in 2019, showcasing a new dashboard and greater connectivity.”

The Transporter celebrates its 70th anniversary this year, and marking this special occasion, Volkswagen Commercial Vehicles collated this ultimate guide to the historic vehicle. 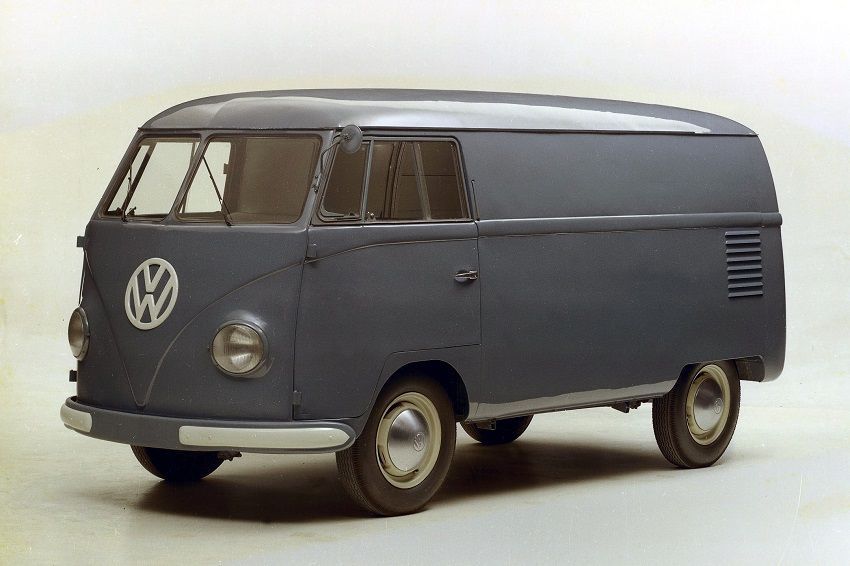 Revealed as a hand-built panel van prototype in 1949, the T1 eventually launched as a rear-engined panel van, passenger van and eight-seat bus. The engine and gearbox came from the Volkswagen Beetle and it offered a maximum payload of 750kg. In 1951, the iconic "Samba" model was revealed with all-round windows and folding sunroof, and a year later a pick-up version was unveiled. Production moved from Wolfsburg to Hannover in 1956 while some were even produced in Brazil. By 1967, around 1.9 million people had purchased the T1 with its "splittie" windscreen, making it a global success.

With the T1 forging its name as something of a cultural icon in the "flower power" era, the successor had a lot to live up to. The T2 took the utility of the van on a step further with a new front end and air intake grille. A sliding door was now standard, and the pop-up roof camper version became an instant hit with globetrotters. In 1972, the T2 went electric with a zero-emission version available to buy. During its run, 2.14 million vehicles were built at the Hannover plant although production continued until 2013 at the Volkswagen plant in Sao Paulo, breaking the record for longest production period. 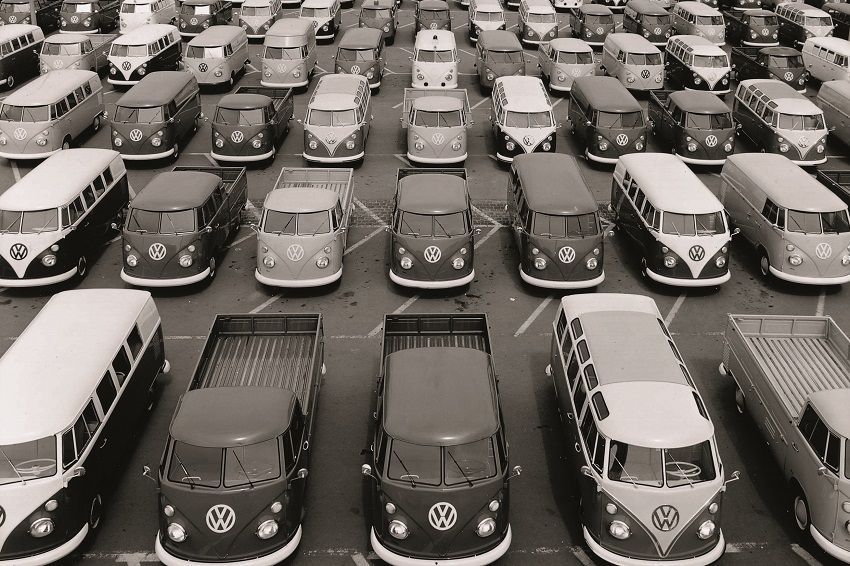 The T3 took the famous vehicle into the modern era with a wider body offering, more passenger and cargo space and improved safety. A flat engine, available in diesel, was introduced adding to the spaciousness while a new chassis offered car-like handling. In 1985, a raft of innovations were added: catalytic converters, turbochargers and all-wheel drive, while the California and Caravelle became popular. In total, 1.3 million T3s were made in Hannover.

This generation marked a technical revolution with Volkswagen Commercial Vehicles making the T4 front-engined and front-wheel drive for the first time. With this came a new design, longer front end, new suspension, more varied engine choice and even better handling. The Transporter was also available in two wheelbases for the first time. Following a 1996 mid-model refresh, the T4 was phased out in 2003 having sold 1.9 million models across the range, which had grown to feature the panel van, kombi, double cab, pickup and chassis with single and double cab, Caravelle, Multivan and California.

The T5 was an evolution of exterior design with greater focus placed on the interior and the driver's workplace as well as a variety of petrol and diesel engines and an all-wheel drive system. The California was built in Hannover for the first time, while Caravelle and Multivan continued to be popular choices alongside a number of limited-edition models. In total, 1.65 million T5s were produced.

New engines, intelligent driver assistance systems, new infotainment and a front-end redesign have defined the modern T6 era - while the two-tone paint scheme serves as a nod to the original model. In 2019, Volkswagen Commercial Vehicles brought the iconic van into the digital age with a new dashboard design, a raft of technology and connectivity updates as well as a new power steering system and additional efficient, clean turbodiesels.

Volkswagen has sought to reinvigorate the Transporter for some time now, starting with the I.D. Buzz Cargo Van Concept in 2018 and the Type 20 Concept in 2019. 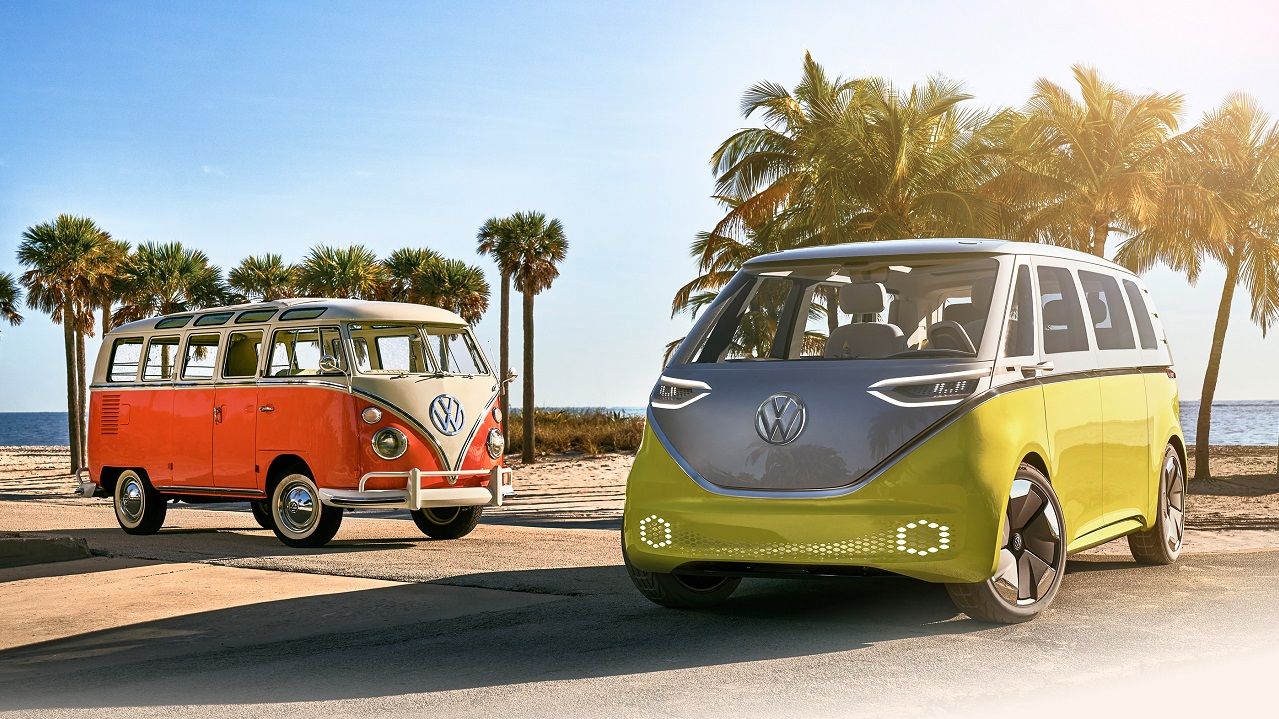 Looking Back at the Volkswagen Beetle: A Brief History