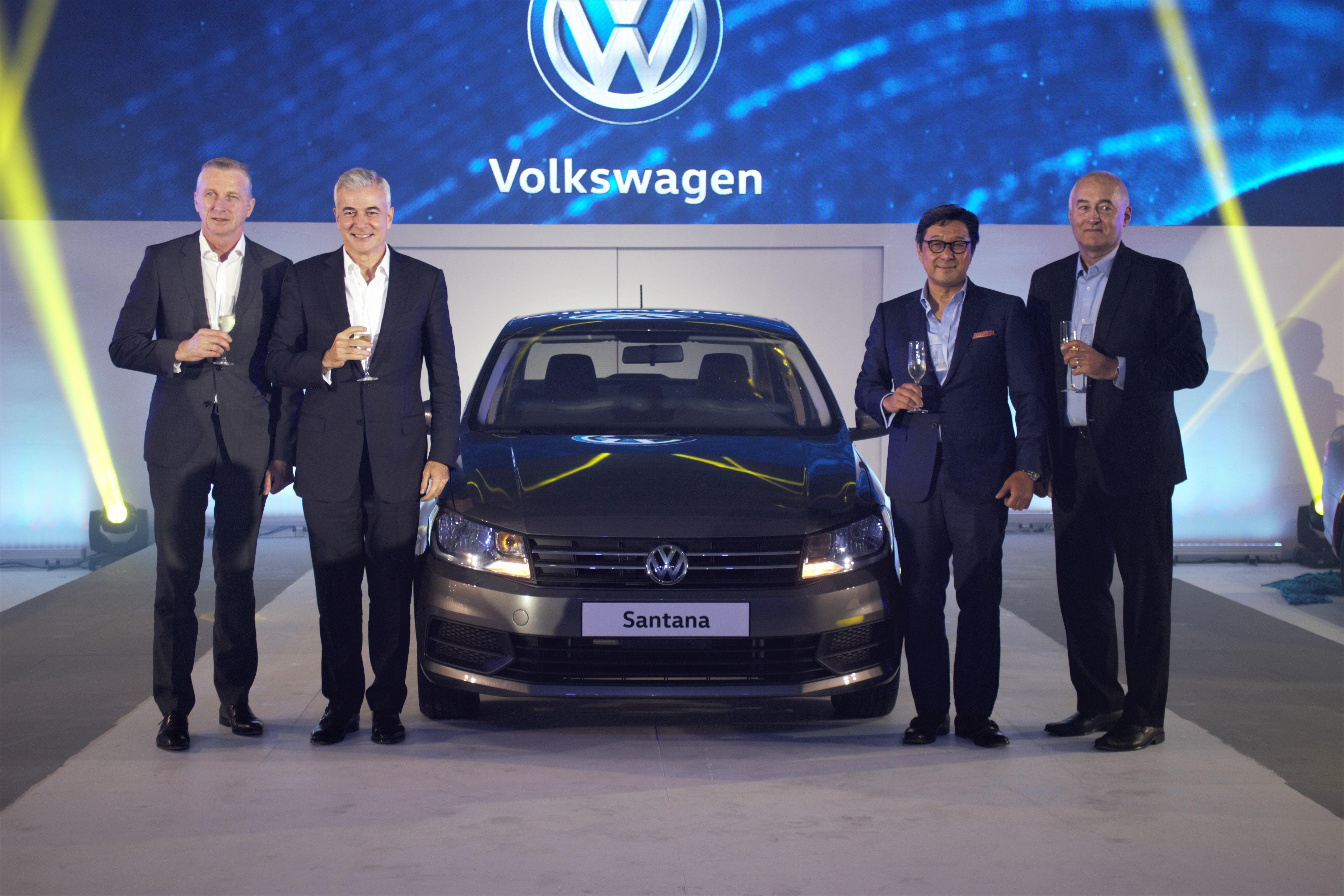 German marque Volkswagen has brought five new models that are all made in China and are set to develop the brand's presence in the Philippine market--priced within reach of the popular models from Japanese car brand--led by the Volkswagen Santana. According to Shanghai Volkswagen First Vice President David Powels, the five models are suited perfectly for the Asian market. "Having all been 'tailor made' for our Asian customers, these Volkswagen models are key pillars to the great success that the Volkswagen brand has enjoyed within the Asian market," Powels said. The said models is spearheaded by the subcompact  Volkswagen Santana MPI M/T Trendline sedan, which is set to compete with the Japanese brands. Among the 10 best-selling models in China in 2017, the price for the Santana starts at PHP686,000. Other models that were introduced were the Lavida 230 TSI DSG Comfortline, the Tiguan 280 TSI DSG Comfortline, the Santana GTS MPI A/T Comfortline, and the Lamando 280TSI DSG Highline.

The compact Volkswagen Lavida sedan, which is priced at PHP1.171 million, is known to be the best-selling sedan and model for the entire Chinese market. Powered by a 1.4-liter Turbocharged Stratified Injection (TSI) four-cylinder gasoline engine with BlueMotion Technology mated to a seven-speed Direct Shift Gearbox (DSG) transmission, capable of 128 hp at 5,000 rpm and 225 Nm of torque at 1,400 to 3,500 rpm.

Meanwhile, the new compact Volkswagen  Tiguan crossover--the segment leader in China with 330,000 units sold--is pegged at PHP1.648 million. Propelled by a 1.4-liter TSI four-cylinder gasoline engine with BlueMotion Technology mated to a six-speed DSG transmission, maximum power output is reached at 148 hp at 5,000 rpm, while maximum torque is at 250 Nm at 1,750 to 3,000 rpm. Three of the five new models--the Santana, the Lavida, and the Tiguan--are available at the entire dealership network starting today, May 19. The Volkswagen Santana GTS and the Volkswagen Lamando will be offered in November.

The warranty coverage for all these five new models are comprehensive. Aside from the three-year or 100,000-km general warranty, whichever comes first, Volkswagen Philippines also offers a three-year warranty for paint and another three-year warranty for through-corrosion of the main steel body structure. The periodic maintenance service (PMS) interval schedule for these new models is also structured for its owners' convenience. The PMS interval is once a year or every 10,000 kms, whichever comes first. This is more convenient and more cost-efficient compared to the industry-standard 5,000-km PMS interval. Beyond the vehicles' value-for-money specifications, features, and the warranties and PMS intervals, the five new models unveiled opens new chapters to the continuously evolving relationship between Filipinos and Volkswagen, making the world-class auto brand much more accessible than ever to the Filipino car-buying public. Ayala Corporation, represented by its President and Chief Operating Officer Fernando Zobel de Ayala, personally introduced the five new models. In his speech, Ayala noted the importance of cars to Filipinos. "Volkswagen Philippines knows how important cars are to Filipinos. This is why these cars have been designed and engineered to fit your lifestyle, and to ensure your safety and security. As part of the Ayala group, Volkswagen Philippines, has carefully taken into consideration the unique needs and aspirations of the different automotive markets and demographics in the country. What we have now--what we have launched tonight are cars that are ideal for each one of these market segments," said Ayala. The Santana MPI M/T Trendline, Lavida 230 TSI DSG Comfortline, and Tiguan 280 TSI DSG Comfortline are available now at all eight Volkswagen Philippines dealerships. EDITOR'S NOTE: According to our source within Volkswagen Philippines, the carmaker will introduce automatic transmission-equipped, higher-spec variants of the Santana sedan also by November 2018.