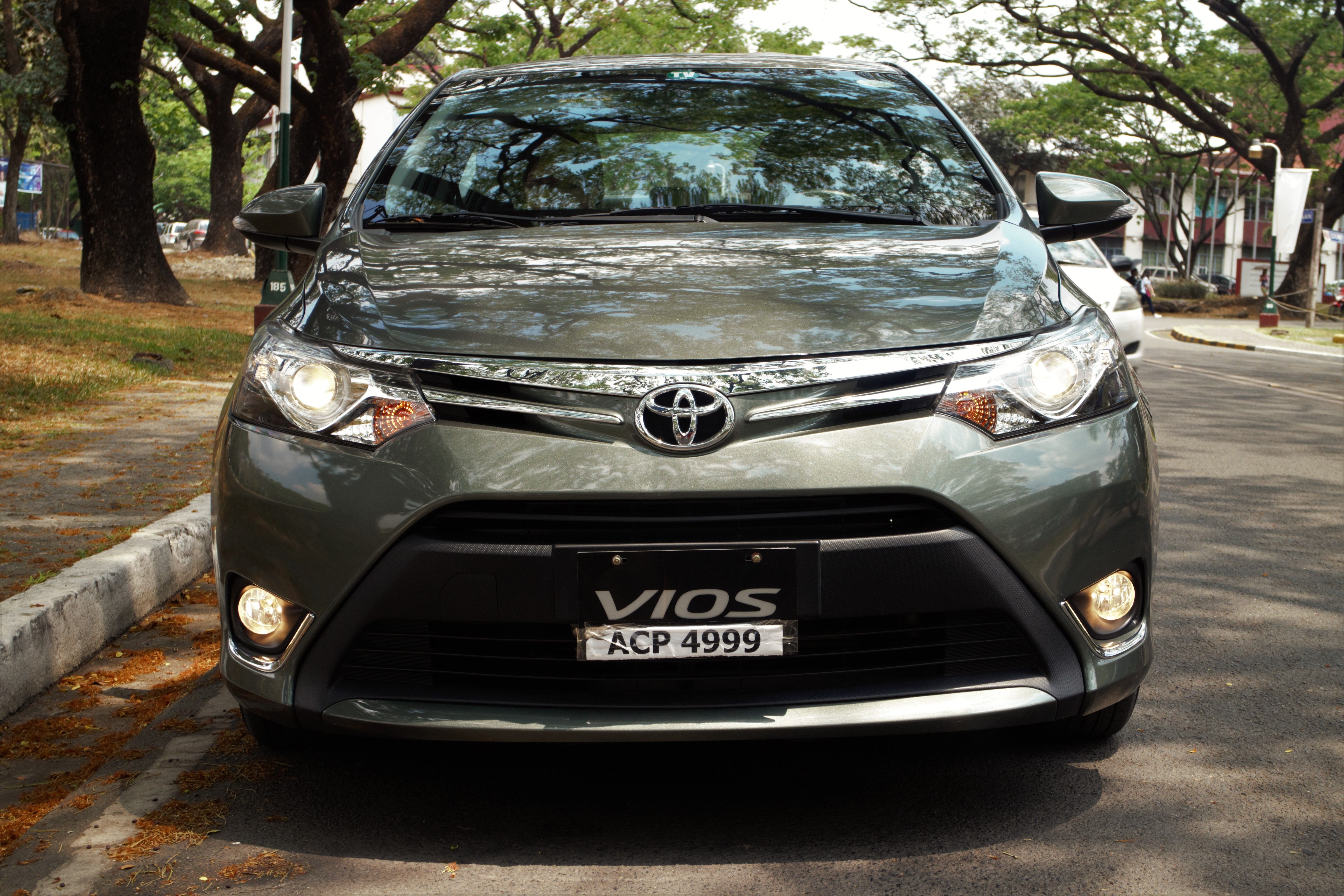 Toyota Motor Philippines (TMP) strengthened its hold in the local automotive industry when it brought the first-generation Toyota Vios in the country. As years passed--and vehicle sales continue to grow--TMP's subcompact sedan made sure that the Japanese car brand has a firm grip on the market, and it is not difficult to understand why. The name Toyota Vios has become a household name in the Philippine setting. No single Filipino would not have seen, heard, or experienced the offerings of this popular workhorse. The Toyota Vios is one of the highly-utilized cars in the country; either for private and public transport such as taxis and app-based ride-sharing systems. But despite it being a common carriage, it has proven to be an affordable yet reliable car for everyone. Take the case of the Toyota Vios 1.5 G A/T variant.

The transition of the contours of the Toyota Vios through the years can be likened to a cute young, kid who lost his or her chubbiness after hitting puberty or by sweating it out through an active lifestyle. The 2016 Toyota Vios 1.5 G A/T has more defined body lines and cuts that give it a more modern, athletic, and stylish look compared to its predecessors. The lines are then complemented by chrome trim found on the radiator grille in the front and the trunk garnish. Giving additional accents to the Vios 1.5 G A/T's exterior are its side skirts, rear spoiler, and the 15-inch alloy wheels while illumination for the road ahead is provided by the halogen-projector headlamps and fog lamps.

Comfort and a touch of elegance would be two of the main selling points for the Toyota Vios 1.5G A/T. Black is the color of sophistication and this hue is what's used on the car's fabric seats. Further, the seats and cushions of the Toyota Vios 1.5 G A/T is made up of comfortable fabric which would not burn the bottom of the passengers, especially during summertime. Comfortable as they are, the seats are dirt and stench magnets, so one has to be extra careful, when eating or riding it immediately after having a good workout.

Powered by a 1.5-liter dual VVT-I DOHC engine and mated to a seven-speed continuously variable transmission (CVT), the 2016 Toyota Vios 1.5 G A/T is capable of providing 106 horses at 6,000 rpm and 140Nm of torque at 4,200 rpm. Give it a pat on the pedal, drivers could easily speed up easily. Those who feel the "need for speed" (or add more mileage to their drive) may use the manual override on the CVT to control power delivery. And thanks to the CVT, shift shock is noticeably absent when changing gears, making the ride very comfortable. For drivers who usually traverse heavy traffic jams, the CVT is a salve and provides a sense of relief for them. The pedals are not hard to press down on and the powertrain is responsive enough when given a push.

In terms of fuel economy, the Toyota Vios 1.5 G A/T is a bit high compared to its predecessors as it is noticeably wider and longer to provide additional space for its occupants. Also, the Toyota Vios 1.5 G A/T provides enough jump when given a slight push on the pedal for the occasional jackrabbit starts, and is more responsive compared to the earlier generation models while maintaining its economical driving stance. Since there is no need to punish the car by stepping on the gas often, it can easily clock at least 10-11 kilometers per liter mileage in normal driving conditions--it can even go up to almost 12 liters/km on a Sunday urban drive).

The air-conditioning system is powerful enough to combat the effects of hot summer days. The manual dial for the Vios 1.5 G A/T was made so that one can make the necessary adjustments while keeping your eyes on the road. However, it could have been made digital (accessed through a touchscreen display) to make it more modern. For its sound system, the Vios 1.5 G A/T has a seven-inch touchscreen display infotainment system that can play both audio and video via AUX or USB and through the six-speaker system available in the G variant. Moreover, since it's bigger than its previous iterations, the Toyota Vios 1.5 G A/T has ample legroom and headroom and enough bottle holders for every passenger with five bottle holder compartments. Aside from that, trunk space is also voluminous.

Driven in its natural habitat known as Metro Manila, the Vios 1.5 G A/T definitely guzzles fuel a wee bit higher than the older generations in the long run due to its larger body. However, when driven on straights and when overtaking, it somehow gives the needed power, which makes up for the lost petrol. One of its glaring goodness is that shifting gears is smooth thanks to the change to a CVT, which made the ride very comfortable even for sleeping passengers. The car also turns sharper because of the 5.1-meter turning radius, which could compensate for the length of the vehicle in tough-to-maneuver areas. But despite it being as good and as reliable as it sounds, there is a slight hitch: its rear view. The size of the rear view mirror of the Vios 1.5 G A/T is quite small which makes it difficult for the driver to look back (especially when parking rear first), knowing that it has a higher tail plus the spoiler. Oh well, that’s what the aftermarket is there for.

Overall, the Toyota Vios–through the 2016 G A/T variant–would speak volumes of what it can offer to its market. With it being the vehicle of choice for the common folk would mean that, despite some slight curbs, it still delivers comfort to passengers. The Toyota Vios is a common bet for its category, just by being what it is today. A few more drops of modernity, the TMP would surely rake in bigger numbers in terms of sales.

Monday is that time of the week where almost all of the working class is dreading to come. Traffic is...

Blast from the Past: "Four-in-One" Mercedes-Benz Vario Research Concept Car

General Motors (GM) is in a race against Volkswagen to overthrow Tesla as the leader in electric vehicles (EVs), and...

Blast from the Past: "Four-in-One" Mercedes-Benz Vario Research Concept Car

With real-world racing activities suspended indefinitely, speed freaks and fans are turning to the virtual world to get their racing...