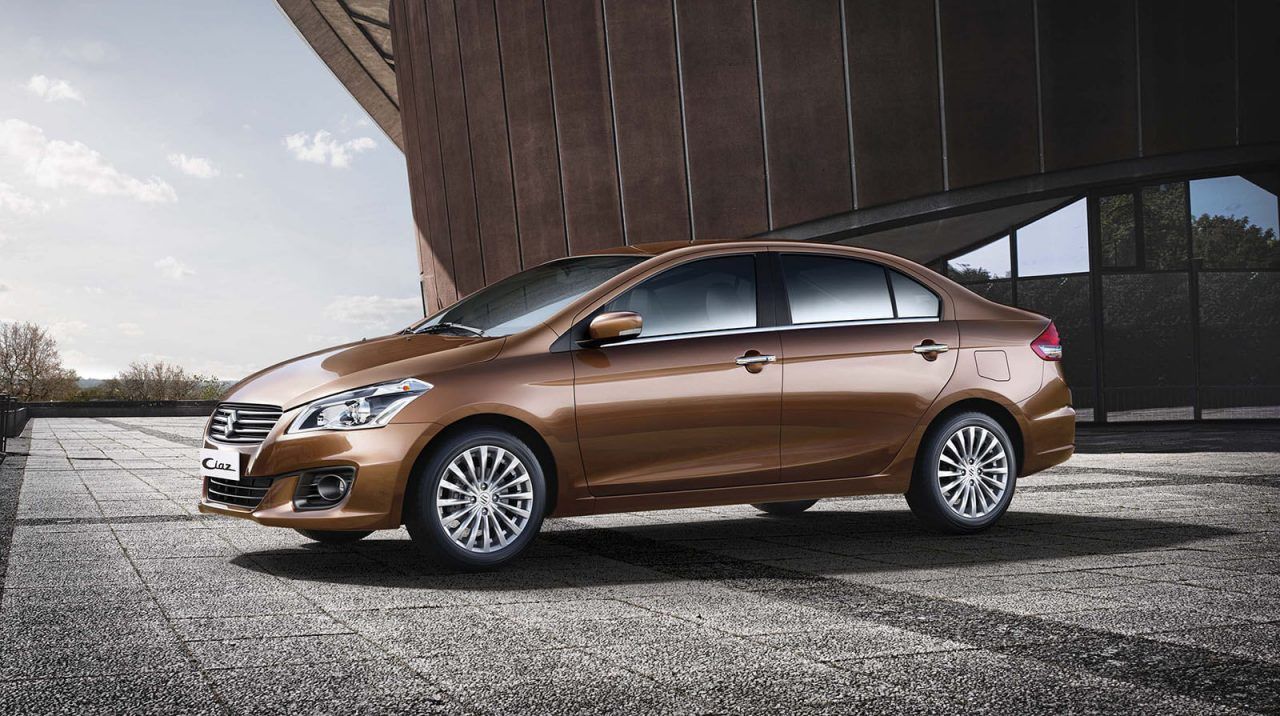 Commuting in Metro Manila can almost be considered as a curse that seem to have little to no chance of finding a cure. However, while the government is finding other means of public transportation such as the Point-To-Point buses, most Filipinos are still longing for a better mass transport system. While Pinoys wait for that to happen, a good number of them opt to purchase a brand-new car to get to and from their destination. One of the ideal vehicles to use as your daily driven car is a subcompact sedan--it has a decent engine and has enough interior space for five passengers and luggage area. As such, local car manufacturers are pitting its respective challengers in the subcompact sedan segment--among the choices is the 2018 Suzuki Ciaz.

The Suzuki Ciaz is available in three variants with a starting price of PHP795,000 for the entry GL M/T variant. The top-of-the-line GLX A/T variant, on the other hand, is priced at PHP963,000. The top Ciaz variant is powered by a 1.4-liter gasoline engine that delivers 92 hp and 130 Nm of torque. The engine is connected to a four-speed automatic. Dimension-wise, the Ciaz measures 4,490mm long, 1,730mm wide, and 1,475mm tall along with a wheelbase of 2,650mm.

The Ciaz has a well-composed exterior and its size suggest that it is one of the ideal daily driven car in the metro. The front-end of the car comes with large headlights, a chrome-plated grille, and an angular bumper. Turning to the side, the Ciaz is characterized by straight lines and the chrome trims add to its overall appeal. The rear is fitted with distinctive taillights, which sort of resembles another subcompact car's taillight design. It also has a massive bumper and the chrome bar gives accent to the Ciaz's rear design.

The exterior design of the Ciaz is finished off with a set of 16-inch alloy wheels. The Ciaz is available in the following exterior colors: Metallic Mineral Gray, Metallic Star Silver, Pearl Snow White, Pearl Super Black, and Prime Dignity Brown.

The interior of the top-of-the-line Ciaz features a black theme with silver accents. We find the Ciaz's cabin nice and has a hint of premium look--thanks to the large touchscreen Android OS audio unit with Mirror Link capability. It also has leather seats, three-point steering wheel with phone/audio-mounted controls, and a keyless push start system. We also like the Ciaz's white-on-black instrument cluster because the numbers are readable and its simplicity makes it standout.

The Ciaz can accommodate up to five average-sized Filipino adults. The rear features generous leg- and head-rooms, which could easily fit a 5-foot, 5-inch person. Suzuki claims the Ciaz's trunk has a cargo space of up to 495 liters, which is more than enough if you plan to go on an overnight vacation in La Union or Batangas. To put things in perspective, you could fit up to three overnight bags with more space for other luggage.

In terms of safety, all Ciaz variants comes equipped with the standard features. It has anti-lock brake system (ABS) with electric brake force distribution (EBD), dual airbags, side impact beams, among others. Suzuki added that the body of the Ciaz is built on the Total Effective Control Technology (TECT), which offers enhanced protection to the occupants.

The Ciaz is one of the ideal daily driven city car to transport you to and from office or school. The exterior design is good and the interior has a hint of premium look. It also has a generous interior space, which could fit up to five average-sized Filipino adults. The only thing that could hinder Suzuki's challenger in the subcompact sedan arena is its price. The base Ciaz variant is priced at PHP795,000 while the entry-level Toyota Vios, which has a new look by the way, has a price tag of PHP659,000--that's a difference of more than a PHP100,000.
Martin Aguilar on Sep 13, 2018
Share this article
945 views