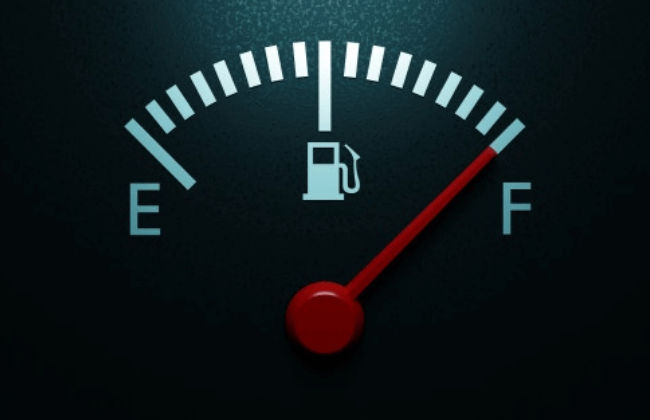 Are you aching for a drive? With the current travel restrictions in the country, a lot of drivers have no choice but to stay home and leave their cars in the garage. As the vehicle sits unused, leftover gasoline in the tank can go bad really quick, and here's why.

Gasoline can degrade over time. Back in 2009, CNN posted a report saying that gas could be spoiled. "Unlike crude oil, gasoline is a highly refined product brewed to a certain chemical composition with very specific characteristics. One characteristic of gas is volatility, a term used to describe how easily and under what conditions the gas vaporizes so it can be efficiently burned in your car's engine. The most highly volatile components in gasoline also tend to evaporate over time. As they do, the remaining fuel's volatility and ability to combust properly degrades. The less volatile the fuel, the less effectively it burns in your engine. The result is diminished engine performance. Your engine may still start and run, but it probably won't run as well." Since your car's fuel tank is not airtight, gasoline can easily oxidize and become a thicker, more concentrated liquid, which in turn can really mess up your ride. Another problem with leftover gas is water contamination. "The underground storage tanks experience increases and decreases in temperature. This can cause moisture to form and contaminate the fuel. When you fill up at such a station, you're pumping in the water along with the gas. Such low-traffic stations may also have other contaminants in their underground storage tanks, such as rust. They are best avoided when possible," the report stated. "Water, of course, does not work too well as a fuel in an internal combustion engine. It will cause hard starting and rough running until it's purged from the system. It can also contribute to internal rusting of the gas lines and tank. The resultant scale and small particles can create a true nightmare, sometimes requiring the replacement of the gas lines and tank at considerable expense."

How do you know if the gas has turned bad? As a general rule of thumb, gasoline can go bad as early as 30 days if left unused. Identifying expired gas can be as easy as looking at it. If it's darker in color and seems syrupy, then it most likely spoiled. You can also identify it by its smell, as expired gasoline sometimes has a sour aroma to it. For leftover diesel, there is a lot more wiggle room when it comes to long term storage. In general, you can keep diesel fuel untouched for 6 months up to a year, depending on the weather conditions. What can you do about the extra fuel in your tank? CNN suggests: "If you know gas will sit in your tank or a storage container for a couple months, then it's a wise move to buy some fuel system stabilizer and mix it in with the gasoline." Fuel stabilizer stops oxidation and chemical breakdown from happening by functioning partly as an antioxidant and partly by absorbing water before your leftover fuel does." If you don't have a fuel stabilizer ready before the quarantine took place, don't worry. Your car's not destroyed yet. Simply topping the old gas with a fresh batch can do the trick. Remember to always exercise safety when dealing with flammable materials.

Should I buy a car that runs on gasoline or diesel?