Fascinating Facts about the Most Popular Car Logos Today 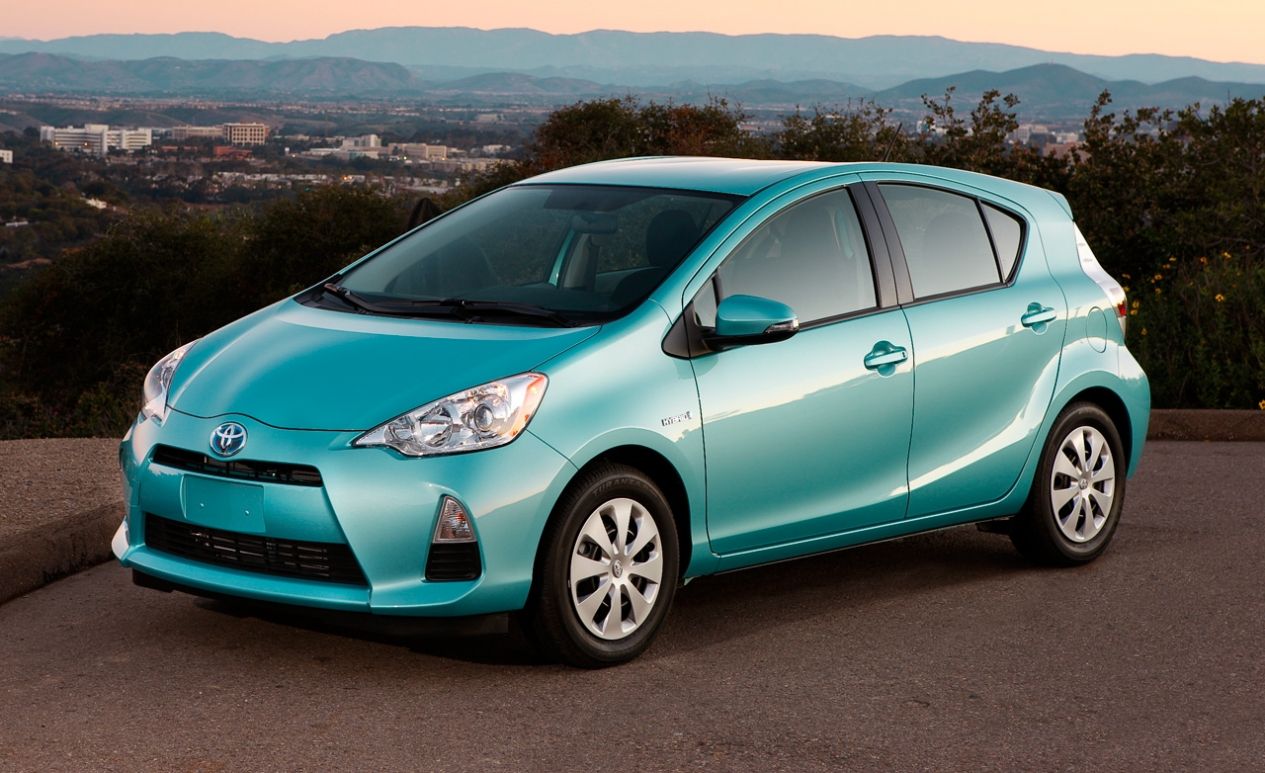 Did you know that Toyota's logo has obscure, hidden meanings that are almost as mind-boggling as Dan Brown's "Da Vinci Code"? And are you aware that car logos have origins that range from Numerology, airplane propellers, constellations--and even Hitler?

Here are some of the meanings behind the most popular car names and logos today.

Audi is the last name of its founder, August Horch, which means "to listen or hear". This becomes "audi" when translated to Latin.

Originally a merger between DKW (motorcycles and small cars), Wanderer (midsize cars), Audi (deluxe midsize cars), and Horch (high-end, luxury vehicles), the company later became a subsidiary of Volkswagen, and merged into a single company under the name Audi.

The four rings were a redesign of the the company's 1932 emblem of four interlocking, overlapping rings that contained the logo of each of the four brands. Eventually, they decided to get rid of the logos and just used polished chrome rings as a sign of power, sophistication, and loyalty between the four companies and their clients.

BMW's logo hasn't changed much since the company started 100 years ago. Its logo is actually the circular image of a rotating air screw of a moving propeller that's found on the cover of an aircraft's 1929 engine manual.

And in case you're wondering why it was taken from the cover of an aircraft manual and not a car, it's because Bayerische Motoren Werke AG (BMW) actually started as an aircraft manufacturing firm when it took over the aircraft company, Rapp Motorenwerke. It stopped production after the end of World War I, shifted to motorcycle production, and eventually to automobiles later on.

The name Honda is taken from its founder, Soichiro Honda, whose name means "one from the base of the fields" in Japanese.

Its logo has remained unchanged for over 50 years, with its straightforward design leaving no room for misinterpretation. Aside from using colors that embody passion (red) and sophistication (black), the broad top and the narrow bottom of the letter H looks like its arms are raised toward the sky, more like a metaphor for reaching for one's dreams.

This makes sense, since Honda's official motto is "The Power of Dreams."

Isuzu Motors, the biggest truck produce in the world, is actually named after "a river that flows past a Japanese shrine."  The word "Isuzu" actually means “fifty bells pealing in harmony and celebrations", and is named after the Isuzu River that's known to flow through the Ise Grand Shrine.

Its badge, which showcases two vertical white pillars on top of a red background, represents the first syllable of Isuzu in Japanese. The pillars themselves also indicate excellent craftsmanship.

The red background represents "corporate and societal growth, [reflecting> the company’s determination to meet the needs of the age." 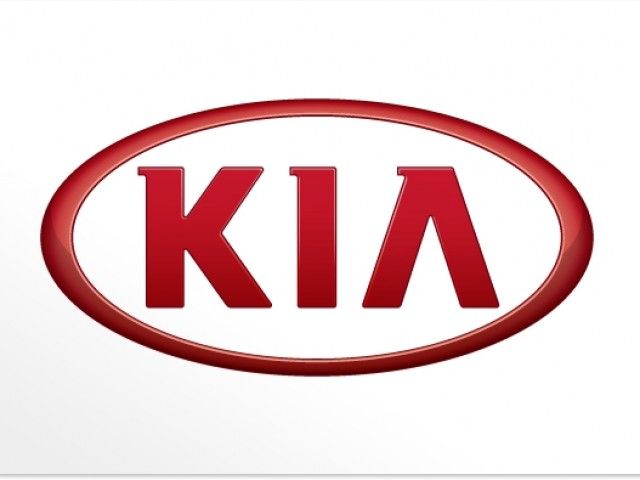 Kia's name is taken from the Sino-Korean characters "ki" ("to come out") and "a" (which means "East" or "Asia"). Roughly translated, it means: "to come out of the east" or "to rise out of Asia".

The oval in both symbols signify the earth, while the 3D lettering represents "Kia's dynamic growth in the world market." Kia chose red as its official color to emphasize a strong determination to move forward.

There are two logos that Kia uses: one for South Korea only (the "K" logo), and the international, text-based logo we're all familiar with.

Mercedes-Benz is a partnership between Gottlieb Daimler and Carl Benz. Before they merged, both individuals started different companies that would later become the foundation of Mercedes-Benz. When Daimler died, chief engineer Wilhelm Maybach took over the reigns, and brought over Emil Jellinek as his partner. They decided to use the name of Jellinek's daughter, Mercédès, and combined it with Carl Benz's when they merged to form one company: the Mercedes-Benz.

The brand's logo was the idea of Daimler's son, who recalled a picture postcard sent by their father. The picture contained a three-pointed star to mark the location of their "dream" factory. Over time, the three-point star came to represent Mercedes Benz's goal for world domination in three places: land, air, and sea.

Aside form the changing the serif font, the blue tone, outline colors and its shading, its unique logo remains remains consistently the same over the years. 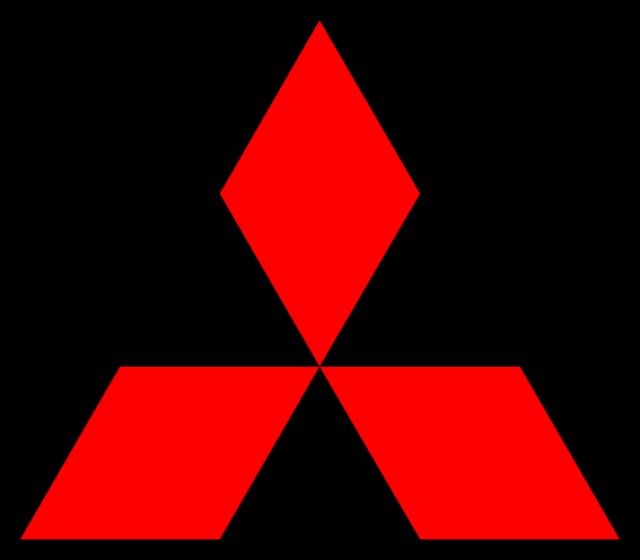 Mitsubishi is composed of two words: "mitsu" meaning "three" and "hishi" (which becomes "bishi" under rendaku) meaning "water caltrop". Water caltrops have rhombus shapes that are quite similar to Mitsubishi's logo, and can also be translated to "three diamonds".

Subaru is the name of the star cluster Pleiades, which is located inside the Taurus constellation. Pleiades, more popularly known as Subaru in China and Japan, has many stars residing inside the cluster. However, only six stars can be clearly seen by the naked eye.

Toyota's logo is fascinating because it has so many hidden meanings to it. Back in the beginning of the twentieth century, Sakichi Toyoda started manufacturing cars and named his company after his family name, Toyoda.

In 1936, they decided to change their logo and held a public contest. The winning design integrated the Japanese katakana letters 'to,' 'yo,' and 'ta' to spell 'Toyota.' This was based on "Jikaku," a numerology system that links good or bad fortune to the number of brush strokes within a name.

According to this system, the name Toyota only uses eight brush strokes, which is associated with good luck and wealth. Moreover, "Toyo" means fertile, and "ta" means rice in Japanese. This is a sign of prosperity in some Eastern cultures.

The symbolism doesn't end here. If you really look close at the ovals, you can see that each overlapping ovals actually spells out Toyota.

The company used ovals to "symbolize the unification of the hearts of our customers and the heart of Toyota products."

And even the background space has a hidden meaning to it. According to Toyota, it represents the company's "technological advancement and the boundless opportunities ahead."

Did you know that Adolf Hitler is partly responsible for Volkswagen's creation? Before World War II, Hitler asked Ferdinand Porsche to create a working class car that's affordable to the masses. A few years after, Porsche started the Volkswagen Company, and worked on a "people's car" or "volks wagen" when translated into German.

Their popular logo stands for Volkswagen Automobile Company. However, the exact origin of their emblem isn't clear. They say it was made by Franz Xaver Reimspeiss, a Porsche employee who won 50 Reichsmarks over an office competition in 1937. Others say it was created by graphic designer Nikolai Borg, or the German artist Martin Freyer.

The name "Volvo" is taken from the Latin word "volvere" or "to roll". "Volvere", when conjugated in first person, becomes "volvo", or "I roll".

So the name means two things: a moving car, and a personal connection between the driver and the vehicle. When combined with its name and badge, Volvo signifies "rolling strength".

The brand's logo is the ancient chemical symbol for Iron. Their logo, the "Iron Mark," indicates durability, safety, and strength.

The premier carbon neural fleet title in the country belongs to Knowles Electronics Philippines after they signed on to be...

Consistent with their commitment to provide “Quality for Less” to Filipinos, independent oil firm Cleanfuel has recently covered the premier...

The latest farm-to-market road now benefits residents of Barangay Basalem in Buug, Zamboanga Sibugay. According to Department of Public Works...