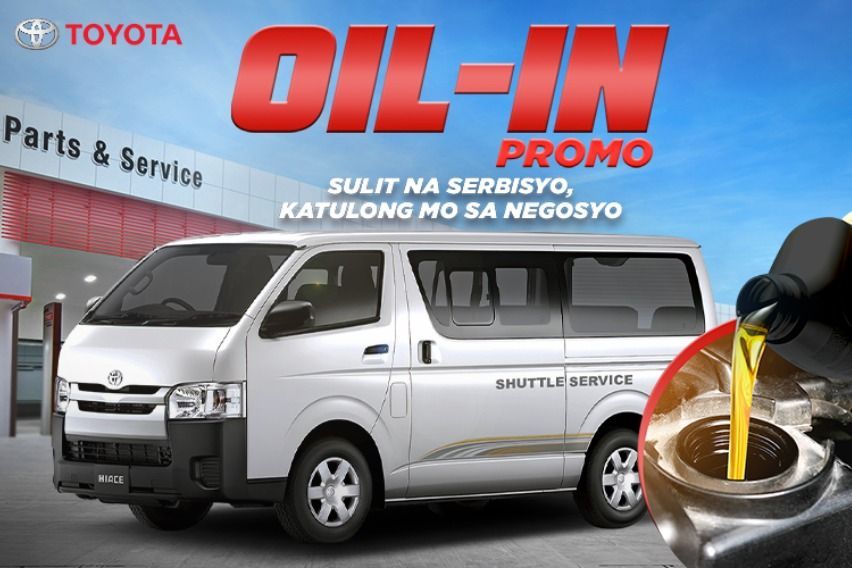 Toyota Motor Philippines (TMP), the country’s top automotive manufacturer, understands the plight of everyman, and knows that in today’s scenario, every penny counts. With that, drivers and operators of the Hiace Commuter being used for commerce are given a specific promo to help restart their livelihood.

The local arm of Japanese automotive titan has launched the Oil-In promo to provide owners of commercially-used Hiace Commuter vans with discounted change oil and filter services at any Toyota dealer nationwide.

According to TMP, Hiace Commuter models being used as school bus, UV Express, ambulance, tourist shuttle, airport shuttle, and in courier or delivery, among others, can enjoy as much as P1,170 savings while being attended by Toyota’s top caliber technicians.

"The Toyota Hiace, the Commuter variant in particular, has played a big role in moving people and industries through the years, and its usefulness has become more evident now that physical distancing is the norm," Gregorio said.

"Commercial Hiace drivers and operators have been doing great service to the public, and we'd like to assist them, especially now that most of them need assistance to restart their operations." Owners of Toyota Hiace Commuter vans are encouraged to book their appointment at their nearest Toyota dealer or service center.