GMC Cars for Sale in Philippines

Apr 21, 2021 - Currently, 9 GMC Cars for Sale in Philippines. Carmudi is your ultimate destination to find all new Cars (9) information, including Car specs, features, prices and images that will help you choose.

9 GMC Cars available for sale in the Philippines, the cheapest GMC car is available for ₱1.298 Million and the most expensive one for ₱3.68 Million. Get great deals and promos on GMC cars for sale in Philippines, view detailed price list (DP & Monthly Installment), reviews, fuel consumption, images, specifications, GMC car models variant details & more. Select your favorite drive out of available 9 GMC cars and make your dream come true of buying your own car.

GMC is a vehicle sub-division under the American automotive manufacturer General Motors (GM) corporation. The company is a well-known producer of buses, vans, trucks and sports utility vehicles (SUVs) which are mainly marketed in the Middle East and North America. GMC’s fleet is similar in design to its co-group Chevrolet, especially their SUV models. The only difference is their unique features, minor styling tweaks and trim levels. The brand’s full size models are its most compelling products because of their “class leading” features. GMC's history dates back to when Max Grabowski founded the Rapid Motor Vehicle Company, a truck manufacturer, in 1902. Seven years later, General Motors purchased the company and decided to make it the company’s division in charge of producing capable, well-built trucks. Back then, GMC produced utility trucks that were used as military trucks, ambulances, fire trucks and dump trucks.

GMC were mostly active in producing large trucks and buses during the 1930’s and 1940’s. Their product line sales climbed thanks to the Buick-built engines (produced by Buick, another GM subdivision) that were installed in their vehicles. The company built a variety of commercial vehicles from half-ton pickups to trucks and buses weighing 10 tons or more. During World War II, GMC actively participated in producing military vehicles that would aid the war efforts of the United States. Models such as the GMC Jimmy and the DUKW, which US soldiers nicknamed “The Duck,” were widely used by the American troops.

Today, the American automaker is known for producing full size SUVs and vans such as the GMC Yukon, GMC Denali, GMC Terrain, and GMC Savana. They also have pick-up trucks under the GMC Sierra line. Read below to find out about popular new GMC and 2nd hand GMC cars for sale in the Philippines.

What are the best-selling GMC models in the Philippines?

GMC Savana for sale in the Philippines

Below are the fuel consumption rates for the GMC Savana’s recent model years:

What are GMC Savana’s Standout Features?

Some standout features for the GMC Savana include convenient features such as its OnStar with 4G LTE and built-in Wi-Fi hotspot, Colour Touch Navigation Radio with IntelliLink, standard AM/FM stereo, LATCH child seat anchor system, and side-steel door beams. Furthermore, those who choose the GMC Savana can also make use of the following features:

GMC Yukon for sale in the Philippines

The GMC Yukon is composed of two engines. The 5.3-liter V8 gasoline engine produces a maximum output of 355 hp and a maximum torque of 383 Nm. The bigger 6.2-liter gasoline engine, on the other hand, has the following specs:

Below are the fuel consumption rates for the GMC Yukon’s recent model years:

What are GMC Yukon’s Standout Features?

GMC Latest offers in the Philippines

If you want to see what GMC vehicles can offer, click on the links below to locate a new GMC car or a second hand GMC for sale near you.

The following lists brand new and second hand GMC prices in the Philippines:

There are 0 authorized GMC cars dealers across 0 cities in the Philippines. 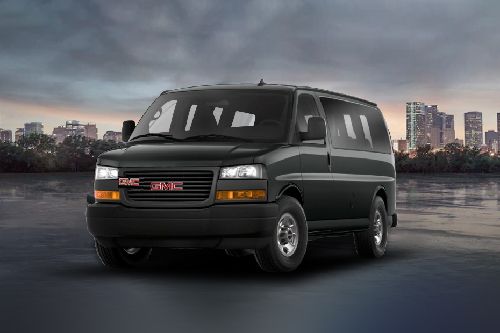 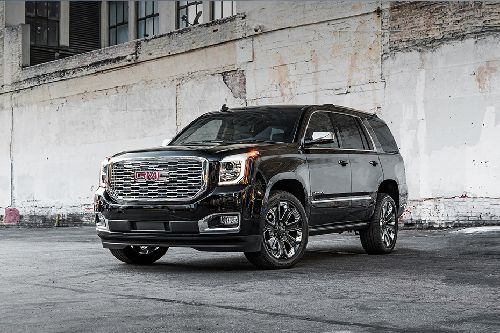 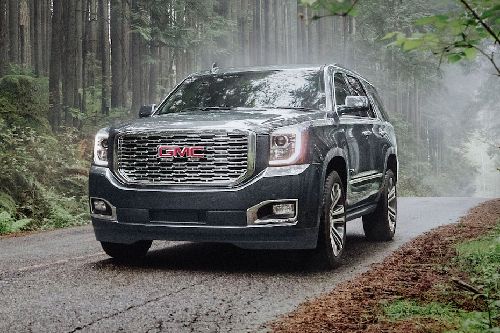