Which Would Fare Better in a Car Crash--the Honda BR-V, the Mitsubishi Xpander, or the Toyota Rush? 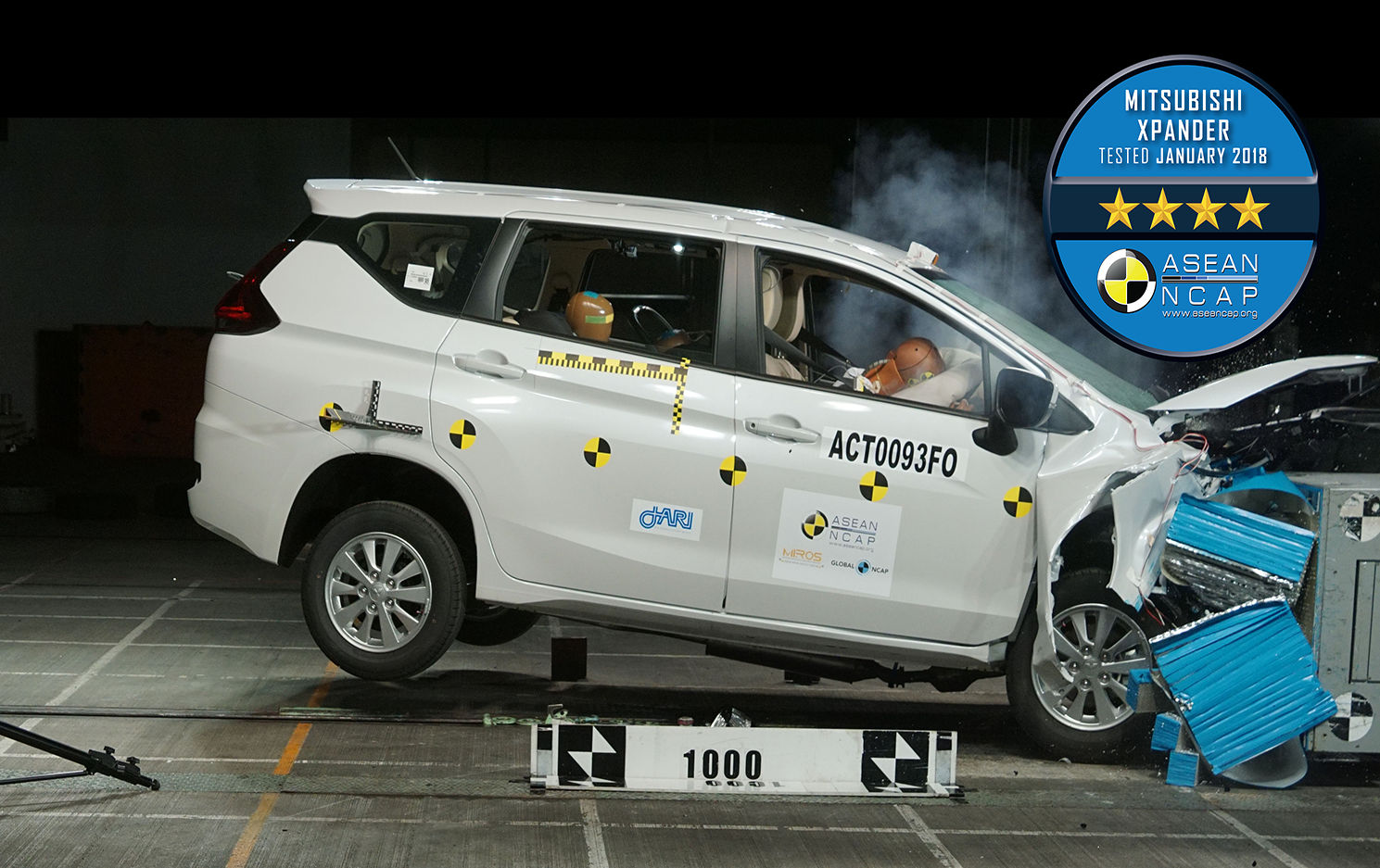 The subcompact MPV segment is quickly becoming a competitive one; following the launch of the Honda BR-V in 2016 at the Philippine International Motor Show, it has now been joined by entries from its rival Japanese brands with the Mitsubishi Xpander being launched in March 2018 and the Toyota Rush only a week ago--though Toyota wants you to believe the Rush is actually an SUV sans a four-wheel-drive system in favor of a rear-wheel-drive setup.

Despite all the bells and whistles offered by all the three models though, which one would protect its occupants the most? Fortunately, the New Car Assessment Program for Southeast Asian Countries (ASEAN NCAP) has put all three through its series of crash tests and we've compiled the results here for you.

The Honda BR-V received a score of 14.79 points for the Adult Occupant Protection (AOP) category while its Child Occupant Protection (COP) score met 72 percent compliance of the tests, giving it a 4-Star rating. Equipped with Electronic Stability Control (ESC) though and the BR-V's rating is automatically upgraded to 5-Stars. It's also equipped with dual airbags and frontal seat belt reminders (SBRs) for both the driver and front seat passenger, and a host of electronic nannies like an Anti-lock Brake System (ABS) and Electronic Brake-force Distribution (EBD).

It has to be noted though that the ASEAN NCAP's rating system then was different, thus the lack of a total cumulative score broken down through three categories, including a vehicle's Safety Assist Technologies (SATs). The ASEAN NCAP's tests on the Honda BR-V was conducted in February 2016 whereas the current 2017-2020 rating protocol was launched in November 29, 2016.

As for the Mitsubishi Xpander, it was given a 4-Star rating with an overall score of 71.66 points broken down as follows: 39.08 points (AOP), 18.69 (COP), and 13.89 points (SATs). The Xpander as tested by ASEAN NCAP had dual airbags and frontal seat belt reminders (SBRs) for both the driver and front seat passenger as well as an Emergency Stop Signal System, all of which are standard in the Philippine-market model save for the frontal SBRs based on the vehicle's product brochure.

For the Toyota Rush, it earned a 5-Star rating with its cumulative score of 84.03 points, with 43.25 points for AOP, 21.33 points for COP and 19.44 points for SATs. According to ASEAN NCAP, the all-new Rush was significantly improved with the addition of Electronic Stability Control, ABS, and SBRs for both front and rear passengers as standard--all of which are available in the Philippine-market model save for the SBRs, at least according to its product brochure.

Now that you've seen how all three vehicles would fare in a crash, which one would you buy?

Patrick Everett Tadeo on May 10, 2018
Share this article
2 views