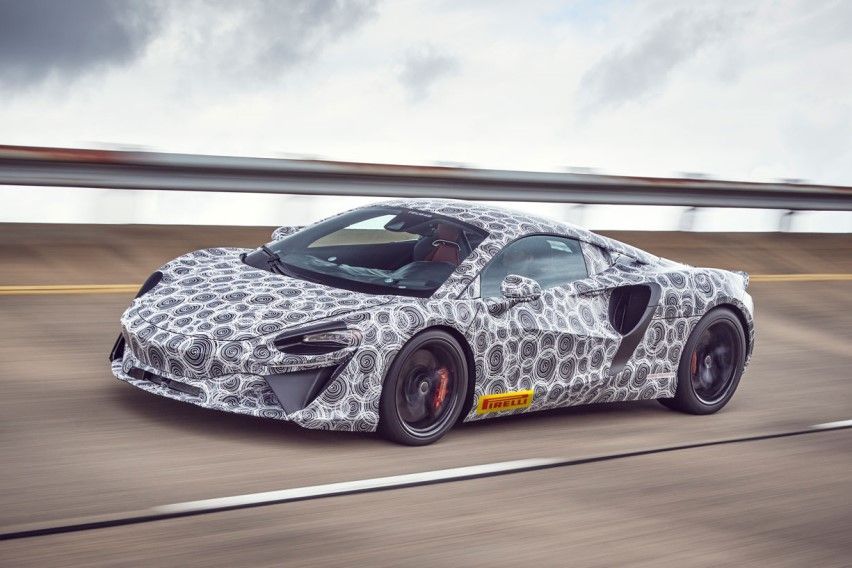 After more or less ten months of announcing it, McLaren reports that its new high-performance hybrid supercar is now in its final round of development, which includes running the car on public roads.

Due to launch in the middle of next year, the hybrid supercar represents a new era of electrification for the popular British sports car marque, as production on its Sports Series range nears its end.

The High-Performance Hybrid powertrain is propelled by an all-new V6 internal combustion engine, and will provide medium-range EV-only drive capability. This new, lighter V6 engine, possessing a front axle electric configuration, will reportedly have a 0 to 100kmph acceleration time of 2.38secs. 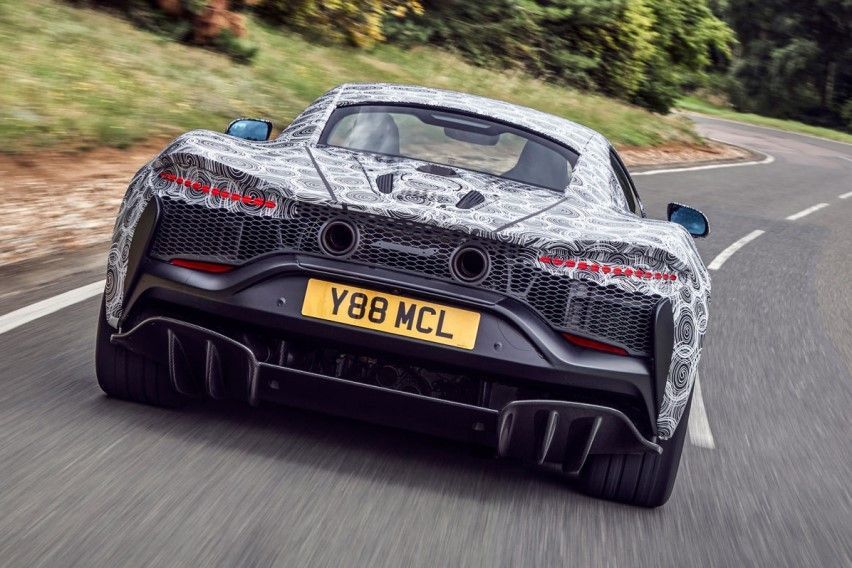 Mike Flewitt, CEO, McLaren Automotive, said that the upcoming hypercar represents everything the company has done to date, and is heavily inspired by their achievements and learnings over the years.

“This is a new kind of McLaren for a new era, an extraordinary drivers’ car that offers blistering performance as well as an all-electric range capable of covering most urban journeys,” Flewitt said. “We see this new McLaren as a true ‘next generation’ supercar and cannot wait to show it to customers.”

Despite the use of a lighter V6, the forthcoming car will still be heavier by up to 30kgs compared to the current lineup, mainly because of the hybrid setup, as opposed to relying solely on internal combustion engines (ICEs) the way their existing models do. Flewitt assures that this added weight will be rendered negligible by the extra power and low-end boost delivered by the hybrid powertrain.

The UK-headquartered hypercar maker will still use a turbocharged V8 and hybrid pairing in their top tier models.

McLaren’s all-new supercar will be its first-ever vehicle built on a new carbon fiber platform. Dubbed as the McLaren Carbon Lightweight Architecture (MCLA), the new platform elevates the brand’s innovative lightweight chassis systems to a new level, benefitting from the brand’s extensive expertise in super-lightweight car-building, as it is “optimized for high-performance hybrid powertrains,” the carmaker claims.

The new McLaren architecture was designed and developed completely in-house in the brand’s state-of-the-art McLaren Composites Technology Centre (MCTC) in the Sheffield region of the British Isles, and the brand intends to use it to underpin an entire generation of hybrid supercars that it plans to introduce to the market in the future.

The new platform will also aid in making the planned all-wheel drive hybrid faster than the Senna, which runs on rear wheels alone.

The High-Performance Hybrid isn’t McLaren’s first rodeo with eco-friendly powertrains. The brand flirted with hybrid systems back in 2013 with the release of the P1 model, which was powered by a 3.8-liter twin-turbocharged V8 and McLaren E-Motor pairing that outputted a combines 916hp (737hp gas, 179hp electric) and 980Nm of torque (720Nm gas, 260Nm electric). The car also came with a 7-speed dual clutch transmission and 4.7 kWh lithium-ion battery with an EPA-tested electric range of 31 kms.

Despite the company’s new direction for powertrains, Flewitt told the press that a fully electric vehicle is still not on the plate for McLaren. Flewitt cites the weight of lithium-ion batteries, along with the added production expenses and lack of desired power range, as the reason they will put off making an all-electric car, at least not for the near feature. In fact, Flewitt expressed outright that an electric McLaren could still be three decades away from becoming reality.

With McLaren’s Philippine arrival looming on the horizon, will we see this new hybrid offering sold here? We’ll just have to wait and see.

Upcoming McLaren Ultimate Series Will Be a Roadster

New Bentley Bentayga rolls out in APAC with interactive microsite

The new Bentley Bentayga is now available in the Asia-Pacific region, with Bentley Motors presenting it via an interactive virtual...

Zwickau-based automotive marque Audi is celebrating 40 years of success for one of the brand’s cornerstones—the Quattro—through a special edition...

The San Miguel Corporation (SMC) announced that the target completion of the Skyway Extension Project will be pushed from end...

2020 Ford Ranger vs. the competition: Your other local midsize pickup options

Aside from crossover SUVs, the pickup segment is one of the most competitive vehicle categories in the country. And one...

Ford F-150 vs. the competition: Your other heavy duty pickup options

It’s rare to come across a car with very little rivals such as the Ford F-150. In fact, its direct...

New Bentley Bentayga rolls out in APAC with interactive microsite

The new Bentley Bentayga is now available in the Asia-Pacific region, with Bentley Motors presenting it via an interactive virtual...