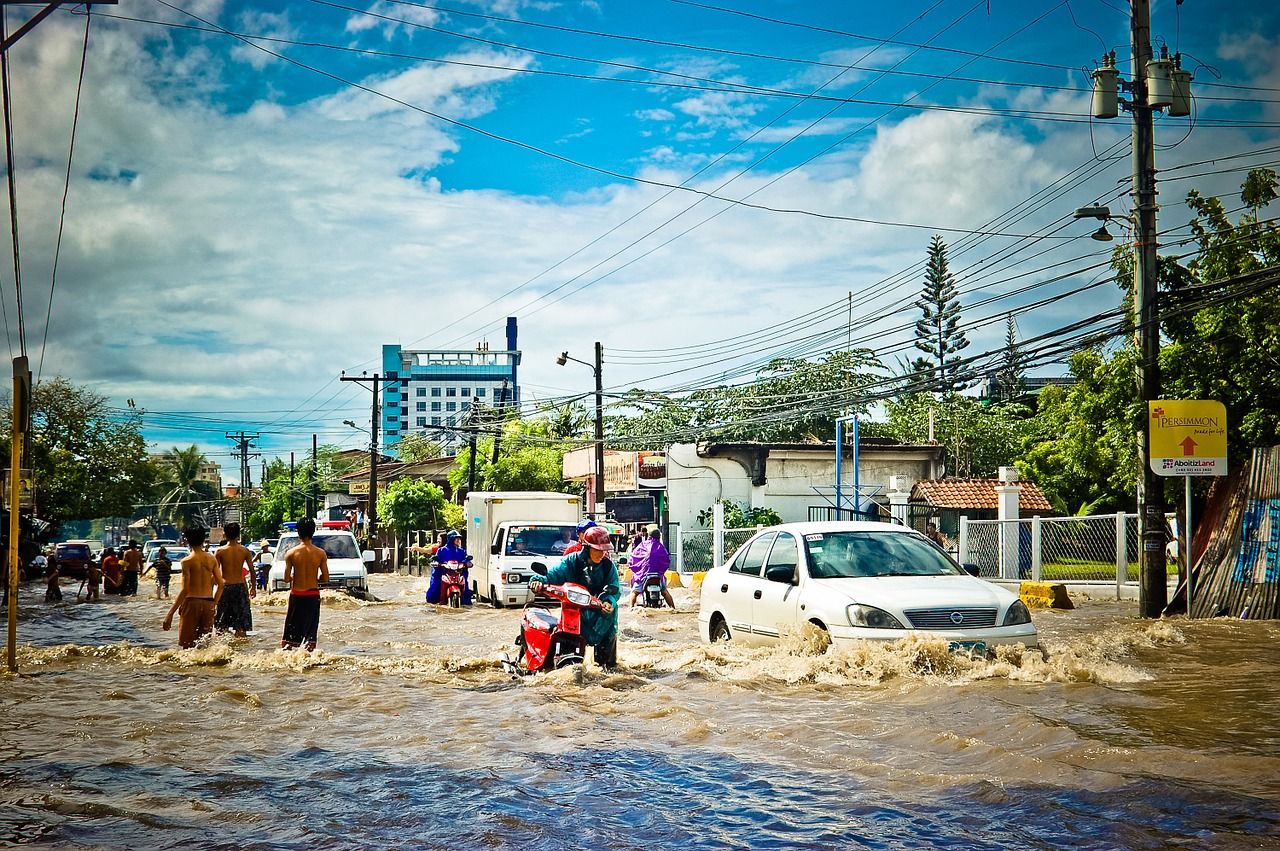 Dive in or tap out? Flooded streets caused by heavy rainfall is not a new thing in the Philippines—it has been a problem since the time of Dr. Jose Rizal. According to the World Bank, the Philippines "ranks third among countries most at risk for disasters." These disasters include floods, storms, and earthquake.

The Metropolitan Manila Development Authority (MMDA) claims flooding on major roads has been lessened due to various pumping stations. Despite the agency's efforts however, parts of Metro Manila have once again turned into an urban swimming pool as streets were flooded due to the rains brought by Typhoon Henry.

With that in mind, how can you tell if it's safe to pass a flooded road? There are several ways on how to gauge if your car can drive through flood. Here are some tips to help you determine if you're going to dive in or tap out.

One of the best ways to get advisories while you're driving is to tune your car's radio to an AM station. This way, you'll get news reports on which roads are flooded. Tuning in to an AM station will also help you gauge the overall situation on the ground, which would be of great help in plotting your route to and from your destination.

If you consider yourself too young to tune in to an AM station, then you should check the different social media channels to get an update. MMDA has an official Twitter account and Facebook page, which usually posts flood and traffic updates. However, don't use your phone while driving--remember the anti-distracted driving law? Moreover, it's not safe to use your phone while you're behind the wheel.

Ask people within the area

If you're already face-to-face with a flooded road, you could ask the people or the pedestrians within the area to get an idea of how deep the flood is. Don't dive in right away--evaluate the condition first before you decide to drive through a flooded road. You certainly don't want your car to stall in the flood.

Looking and assessing other cars that are driving through the flooded road is also a good way to gauge if it's safe to pass. If smaller cars, such as a subcompact hatchback, can drive through it, there's a good chance that you can pass it too. However, there are no guarantees because driving through flood is a gamble.

The most logical way on how to determine if it's safe to drive through flood is through the help of the MMDA's cheat code. The table posted below indicates the water's depth when it's Gutter deep, Half Knee of a person, Half Tire, Knee, and so on.

EDITOR'S NOTE: In some areas, the local governments unit down to the barangay level have placed a similar guide or cheat code on the telephone or electrical poles in flood-prone areas. Be on the lookout for those.

Driving through flood is tricky, which when gone wrong could lead to a stalled vehicle. This is the reason why you need to evaluate and gauge the condition first before you take the plunge. Are you willing to gamble and take the risk? If you ask me, tapping out is sometimes the wiser thing to do.