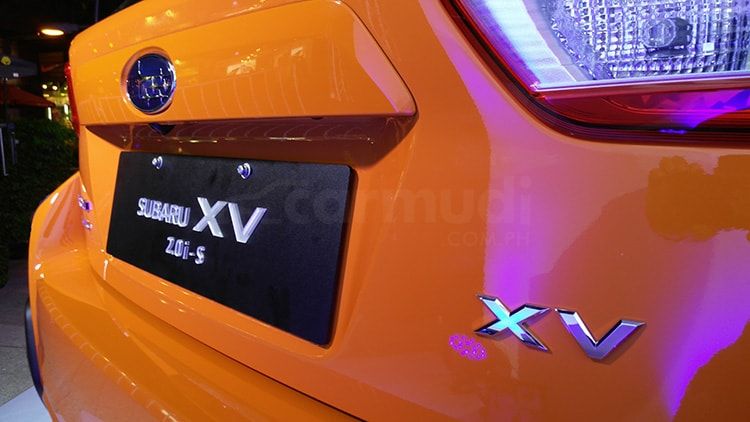 Motor Image Pilipinas, the exclusive distributor of Subaru vehicles in the Philippines, has finally launched the all-new Subaru XV in the country, three months after its regional launch in Taiwan last June.

"The all-new Subaru XV is a bold statement that will cater to Filipinos who require practical and functional features of a crossover SUV for their everyday activities," said Motor Image Enterprises' Head of Regional Marketing Reza Mutalib. "We are thrilled to launch this new-generation XV built on the new Subaru Global Platform. The first-generation XV was very well received and we are confident that the all-new Subaru XV will be the perfect driving partner for Filipinos, whether it be in daily traffic or out-of-town escapades."

The all-new XV is the second Subaru model after the Impreza to make use of the Subaru Global Platform which will be used on all future models and is rated at being over 70 percent more rigid compared to the previous model, thereby reducing vibration and body roll.

Under the hood of the all-new XV is a revamped 2.0-liter direct injection, naturally-aspirated Boxer engine that's now 12 kilograms lighter and produces 148 hp and 196 Nm of torque. Mated to it is a Lineatronic transmission that's 7.8 kg lighter than the one used in its predecessor and features auto-step shift control and a seven-speed manual mode function.

The all-new XV's exterior features Subaru's familiar hexagonal grille that's sandwiched between two C-shaped headlights while the matte black cladding on the front bumper and its 220 mm ground clearance hints at the vehicle's capability to go off the beaten path.

Inside, the cabin is dominated by an eight-inch touchscreen infotainment system that's capable of integrated navigation and smartphone connectivity "for drivers to stay connected safely."

New features for the XV, specifically the range-topping 2.0i-S, are: the High Beam Assist technology, which utilizes a monocular camera integrated into the rear-view mirror that detects preceding and oncoming vehicles and automatically switches the headlights between high and low beam; Steering Responsive Headlights, that moves the headlight beam according to the direction of how the car is steered to maximize visibility in the dark; and Subaru Rear Vehicle Detection that detects vehicles in the XV's blind spots for safer lane changes and warns of imminent collision when reversing onto a street with cross traffic.

While the impending excise tax increase looms in the horizon, MIP has decided to retain the price of the old model for the all-new Subaru XV, even with all its new features, which means the 2.0i CVT is at P1.348 million while the top-of-the-line 2.0i-S is at P1.538 million. According to Tan Chong International's Managing Director Glenn Tan, adopting the price of the outgoing XV for the all-new model makes it a value-for-money proposition and that the impending excise tax increase scheduled for 2018 will eventually raise the prices of the two XV variants to the level that MIP wanted initially for the vehicle at its launch.