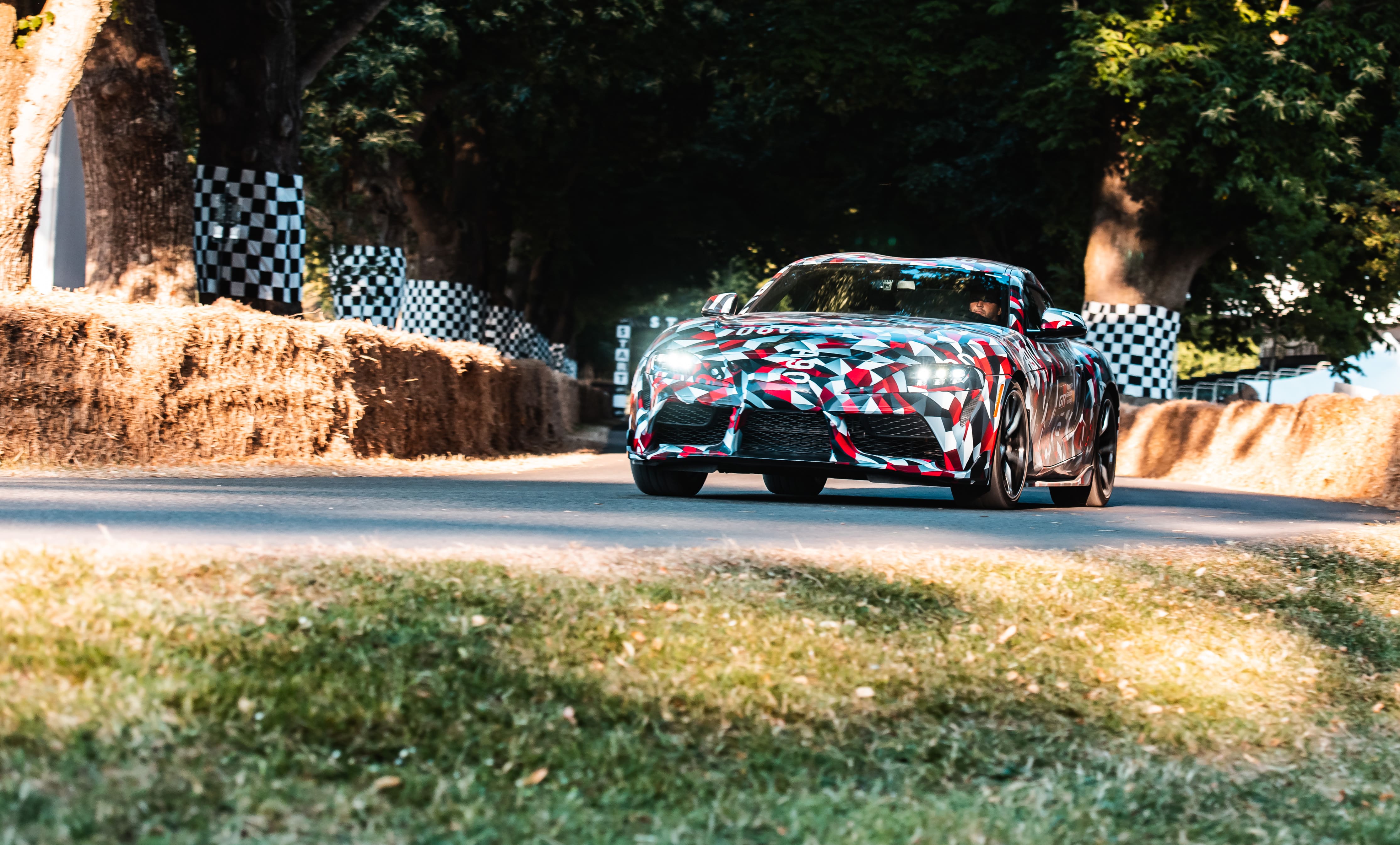 We've been waiting for it for year, and now, we not only get to see the production prototype of the next-generation Toyota Supra, but we actually see it running as the vehicle makes it world debut at the ongoing Goodwood Festival of Speed. Diriving the Supra at the event are the two of the people leading its development: Chief Engineer Tetsuya Tada, who has overall responsibility for the Supra project, and Master Driver Herwig Daenens. The Toyota Supra prototype is camouflaged in the black, red, and white colors of Toyota Gazoo Racing--the same colors which adorned Toyota's Le Mans 24 Hour-winning TS050 this year, and is in action on the weekend of the Festival. Toyota Gazoo Racing is the organization which spearheads Toyota's global sporting program and the development of exclusive, performance-focused, GR-branded road cars. As for the production version of the Supra, Toyota has confirmed that it "will be faithful to its distinguished heritage as a pure, thoroughbred sports car by using a front-mounted, in-line six-cylinder engine and rear-wheel drive." Toyota expects the all-new Toyota Supra to go on sale in the first half of 2019. Watch the next-gen Toyota Supra tackling the Goodwood Festival of Speed course in the video below. https://www.youtube.com/watch?v=cYy9N5v5eho