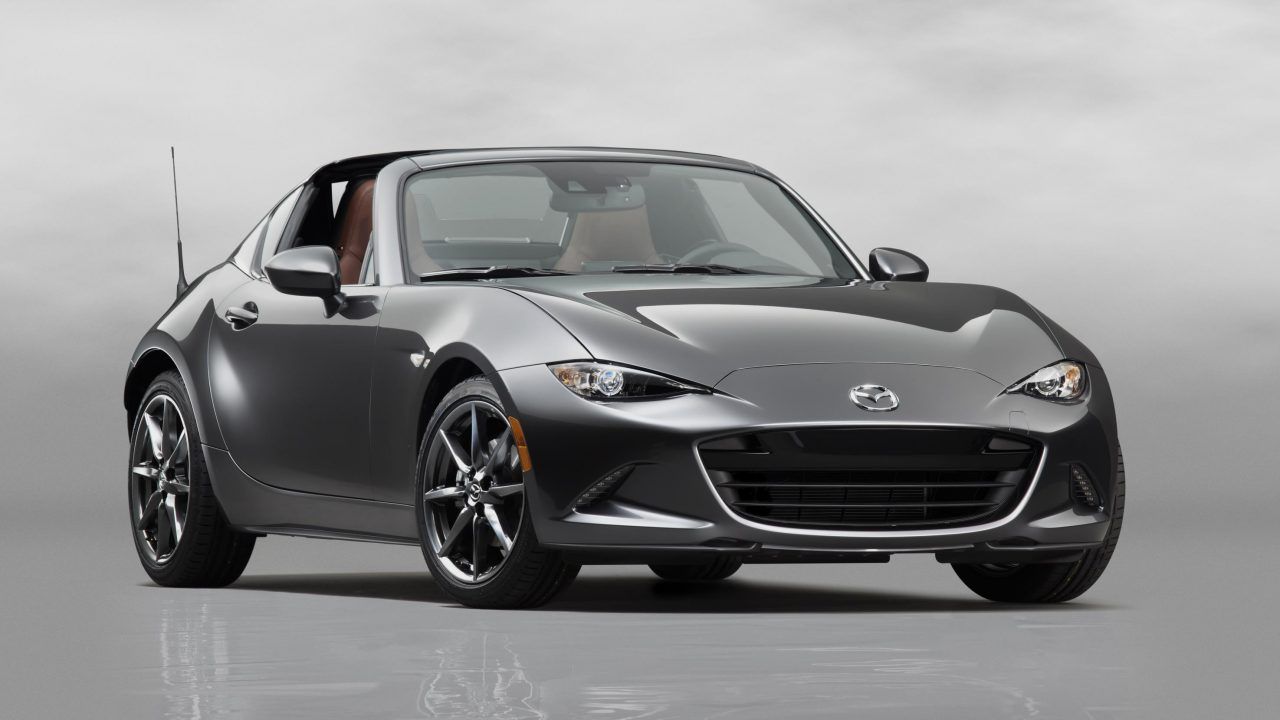 The MX-5, an open-top, two-seater roadster, is one of Mazda's iconic and could probably land in the most popular vehicle list in the world. The MX-5, or the Miata, has generated a huge following mainly because of its unique styling, driving performance, and having a relatively more reasonable price tag as compared to its American and European counterparts. In the Philippines, the Miata is one of the all-time most-loved cars as you can still see Miatas of different generations on the road. The Philippines even has a certified and solid car club exclusively for Miata owners--the Miata Club Philippines--which has been in existence for more than two decades. As such, members of the Miata Club Philippines are one of the most excited when Bermaz Auto Philippines (BAP), the exclusive distributor of Mazda vehicles in the country, announced that it will bring in the hardtop version of the MX-5, dubbed as the MX-5 Retractable Fastback, or simply MX-5 RF. BAP launched the MX-5 RF at the 2017 Manila International Auto Show (MIAS). The company saw it fit to hand over the keys of the first batch of the RFs to their new owners during the final day of the 2017 MIAS. The handover ceremony was even attended by MX-5 ND Chief Designer and Program Manager Masashi Nakayama, who personally handed over the keys to the first 11 owners of the MX-5 RF in the Philippines. What makes the MX-5 RF a special car? Yes, it is basically the same as the soft-top MX-5, but the RF offers something we think that's more ideal in a tropical country--an actual roof. A roof that would keep you dry when a sudden downpour happens and would protect you from the harmful UV rays. Aside from that one, what else does the MX-5 RF has to offer? To answer that question, here's an overview of the car.

The Mazda MX-5 RF is available in five variants with a starting price of PHP2,250,000 for the Manual Transmission with Black Leather. The top variant, the 2019 MX-5 RF Club Edition, is priced at PHP2,680,000 and it comes with exclusive BBS wheels and Recaro racing seats. The MX-5 RF is powered by a 2.0-liter gasoline engine that delivers 182 hp and 205 Nm of torque. The engine can be connected to either a six-speed manual or six-speed automatic transmission. Dimension-wise, the MX-5 RF measures 3,915mm long, 1,735mm wide, and 1,235mm tall along with a wheelbase of 2,310mm.

The exterior of the vehicle is unmistakably a headturner. The MX-5 RF has an overall sinister appeal as seen through its sharp-looking LED headlights, angular front bumper, and a sort of smiling grille. It is as if the MX-5 RF is taunting or teasing other cars on the road.

Turning to the side, the vehicle is characterized by the combination of flowing and straight lines. As said earlier, the top MX-5 RF variant comes exclusively with a set of BBS wheels. The rear, on the other hand, is fitted with circular taillights, a large bumper, and dual exhaust pipes.

Inside, the MX-5 RF has a straightforward and driver-oriented interior. The dashboard features only the essential buttons and it is organized to achieve a clutter-free look. Placed right at the middle of the interior is the tablet-like seven-inch MZD Connect infotainment touchscreen. The touchscreen is complemented by functions such as CD player, MP3, Aux-in, USB, and Bluetooth connectivity. The MX-5 RF also comes with automatic climate control and it is integrated with nine-speaker Bose sound system.

The vehicle has a special button that's placed below the climate control. This button or switch is for the vehicle's retractable hardtop. Using the switch, Mazda says the MX-5 RF's roof can open and/or close in 13 seconds. Moreover, the hardtop can be opened or closed at speed of up to 10 kph.

Obviously, the Mazda MX-5 RF only has room for two. As such, this car is not for you if you prefer to have several companions during a road trip. This two-seater roadster is perfect for individuals who drive solo or to likes to bring along one special person. You can fit two overnight bags easily in the MX-5 RF's trunk.

The MX-5 RF is equipped with a number of safety features to give you peace of mind while driving on the road. It has anti-lock braking system (ABS) with electronic brake-force distribution (EBD), dynamic stability control, dual front airbags, side airbags, and rear parking sensors. In addition, the vehicle is integrated with tech such as the i-Stop Engine, i-Eloop Regenerative Braking System, and lane departure warning.

The Mazda MX-5 RF is a vehicle that has managed to live up to its hype. Yes, you might argue that it is essentially the same with the soft-top MX-5, but the RF offers a more unique look thanks to its hardtop. Plus, the hardtop version of Mazda's roadster could be the more ideal choice since we live in a tropical country. A road trip wouldn't be a road trip if you can't enjoy the drive due to bad weather. Click this link if you're interested to know more about the brand-new Mazda vehicles.
Martin Aguilar on Nov 15, 2018
Share this article
1243 views

Mercedes-Benz announced earlier that the 2021 CLS Class will be the first model in its lineup to house the second-generation...