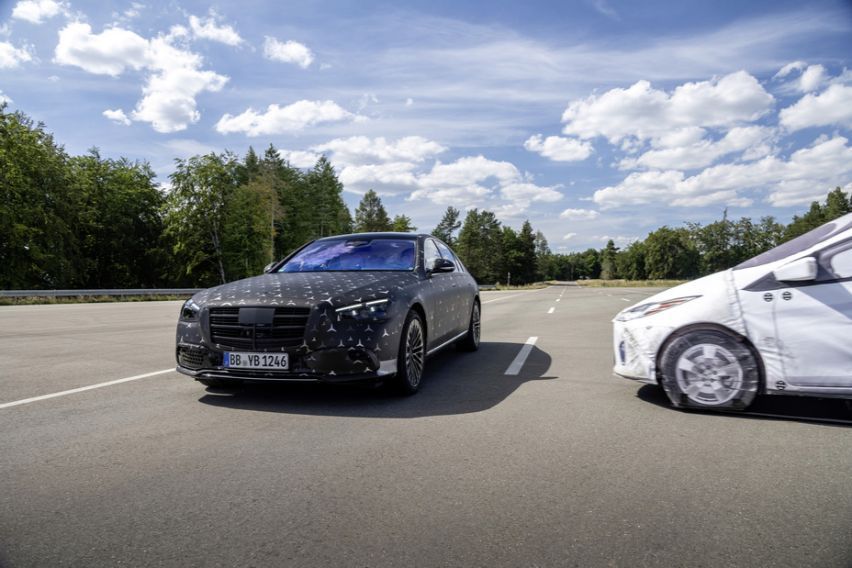 Mercedes-Benz's latest version of the S-Class now features additional safety innovations, including the world’s first rear airbag for severe frontal collisions. The airbag deploys from the front seat backrests, extending the protective systems to the two passengers on the outer rear seats.

In addition to the new airbag system, the new S-Class is able to raise the entire vehicle body immediately before an impending side collision, giving all occupants more safety protection.

These two new features are far from the only new additions to Mercedes-Benz's utmost luxury sedan.

“With the new S-Class we are now proudly presenting the world's first frontal airbag for the passengers in the rear. The rear airbag with an innovative, tubular structure is unique, allowing it to deploy in a gentle manner," shares Dr. Thomas W. Hellmuth, Head of Body and Safety. "Naturally the passengers should continue to fasten their seatbelts, and now with the new, illuminated-design belt buckles, putting on seatbelts is now even more intuitive." 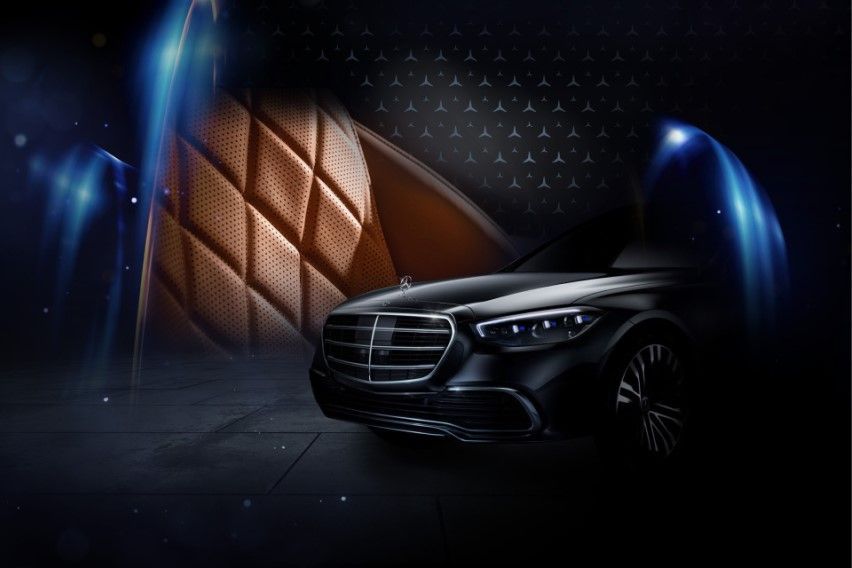 With the new safety systems, Mercedes-Benz is taking another big step towards its goal of accident-free driving. When put in a dangerous situation, the assistance systems that are in the vehicle are able to help the driver respond to impending collisions as the situation demands, and ideally prevent them.

"The rear-axle steering makes the S-Class as maneuverable as a compact car. Even for the S-Class with a long wheelbase, the turning radius is reduced to under 36 feet. And thanks to Active Parking Assist with 360° camera, the vehicle can fit into tight parking spaces while monitoring whether anybody is moving within that space. When leaving a space, the S-Class keeps a wary eye out for crossing traffic," shares Jürgen Weissinger, Chief Engineer of the S-Class.

Here's a breakdown of each new safety addition to the S-Class model.

Available with the Executive Rear Seat Package, these cylindrical, tubular housings are inflated with compressed gas and deploy a wing-shaped structure. A large, tent-like airbag deploys between the two wings, and this is inflated by the surrounding air via specially patented valves in the skin. These valves are designed so that the air cannot escape when the rear passenger is immersed in the airbag. The airbag enhances the restraining effect of the belt system, and can support the head and neck to decrease the loads on them significantly. In combination with a beltbag and the inflatable seatbelt, the S-Class sets new standards for rear seat occupant safety.

An electric motor drives a spindle at the rear axle via a drive belt. This makes axial adjustments to the spindle. Depending on the speed and the steering angle, the rear wheels are turned in the same or the opposite direction as the front wheels (same-direction or counter-direction steering). In simplified terms, this produces more agility and a smaller turning radius through counter-steering and more stability with same-direction steering. In the S- Class, the full steering angle of ten degrees is especially helpful during parking maneuvers.

In addition to the familiar functions, the body of the new S-Class can be slightly raised just before the collision when it senses an impeding side impact. The side-mounted radar sensors are able to recognize and track a potential side crash at an early stage. The actuator is the E-ACTIVE BODY CONTROL suspension, which can raise the body upwards by up to 3 inches. This reduces the loads on the door structures, as the door sill can absorb more of the load thanks to its higher position. As a result deformation of the passenger cell and the loads acting on the occupants can be reduced.

The latest generation of the Driver Assistance Package for the all-new S-Class is also equipped with new and numerous improved functions, namely:

The Mercedes-Benz S-Class is available in the Philippines in four variants. The base model S-Class is the S 350 LWB, and it starts at Php 9.2 million. It comes with a 3.0 liter 6 Cylinder gasoline engine that makes 258 hp and 620 Nm of torque.

Ghost month has hit the local carmakers group hard once more as the local vehicle sales scene continues to be...